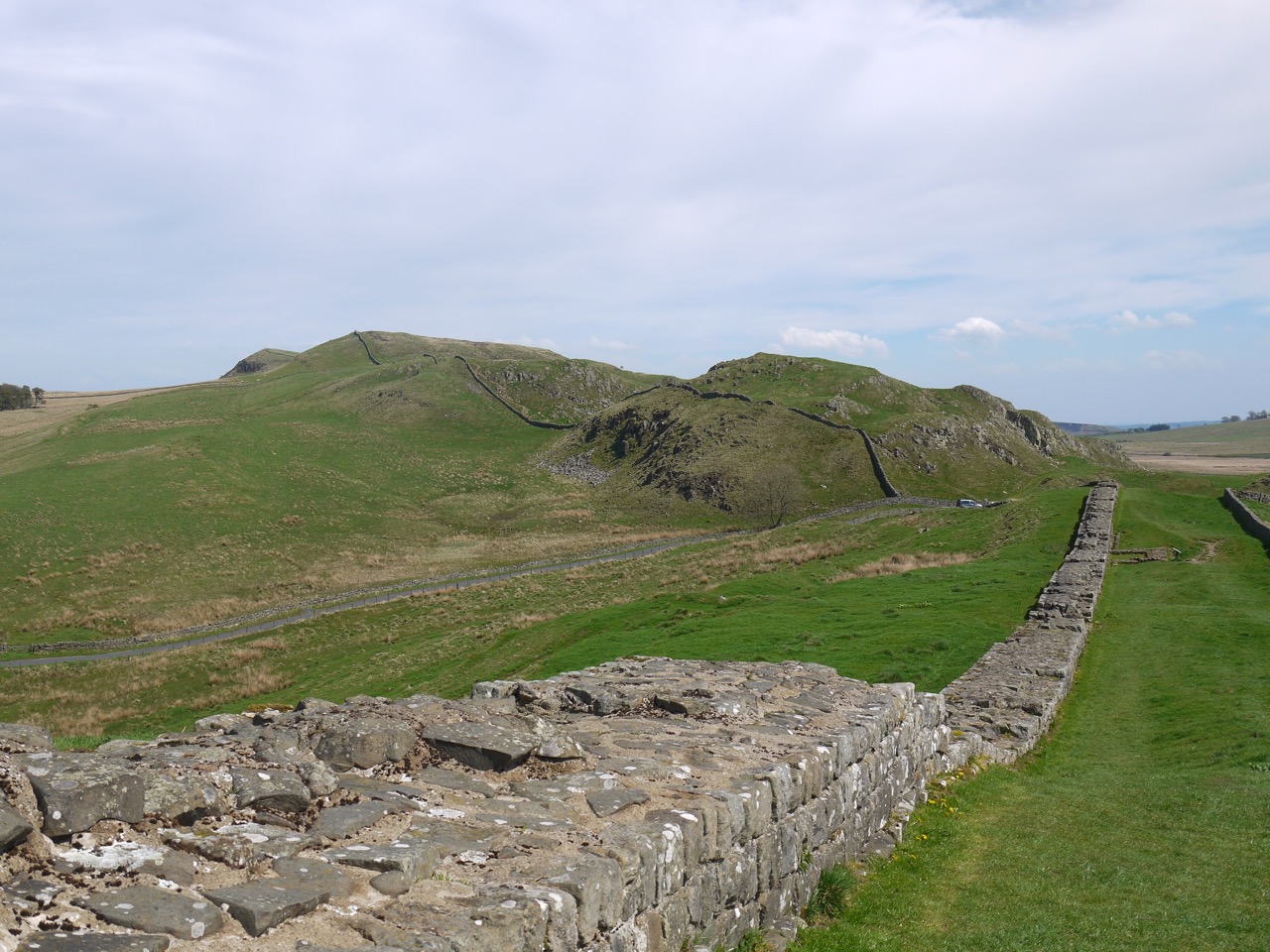 Well this was a different walk from the same route a month earlier. We returned to this section of ridges between Walton and Houseteads, which we had walked in rain, mist and a strong headwind last month. Now with a sunny day forecast, and a gentle breeze at our backs we were looking forward to an easier walk with a chance to see the views.

The wet weather camera was left in the boot of the car, but I was less optimistic than Audrey when it came to waterproofs. I took my jacket whereas she left hers. She hinted that she might play the chivalry card if we found ourselves in a storm. Little did she realise that behind my blank expression my mind was doing the equivalent of laughing maniacally and wringing may hands as I considered her likelihood of getting the jacket.

We took the AD122 bus from Housesteads car-park to the Roman Army Museum near Walltown, though had I not been restrained I would have boarded the earlier bus (going the wrong way). I just thought the bus I wanted had come earlier. I have 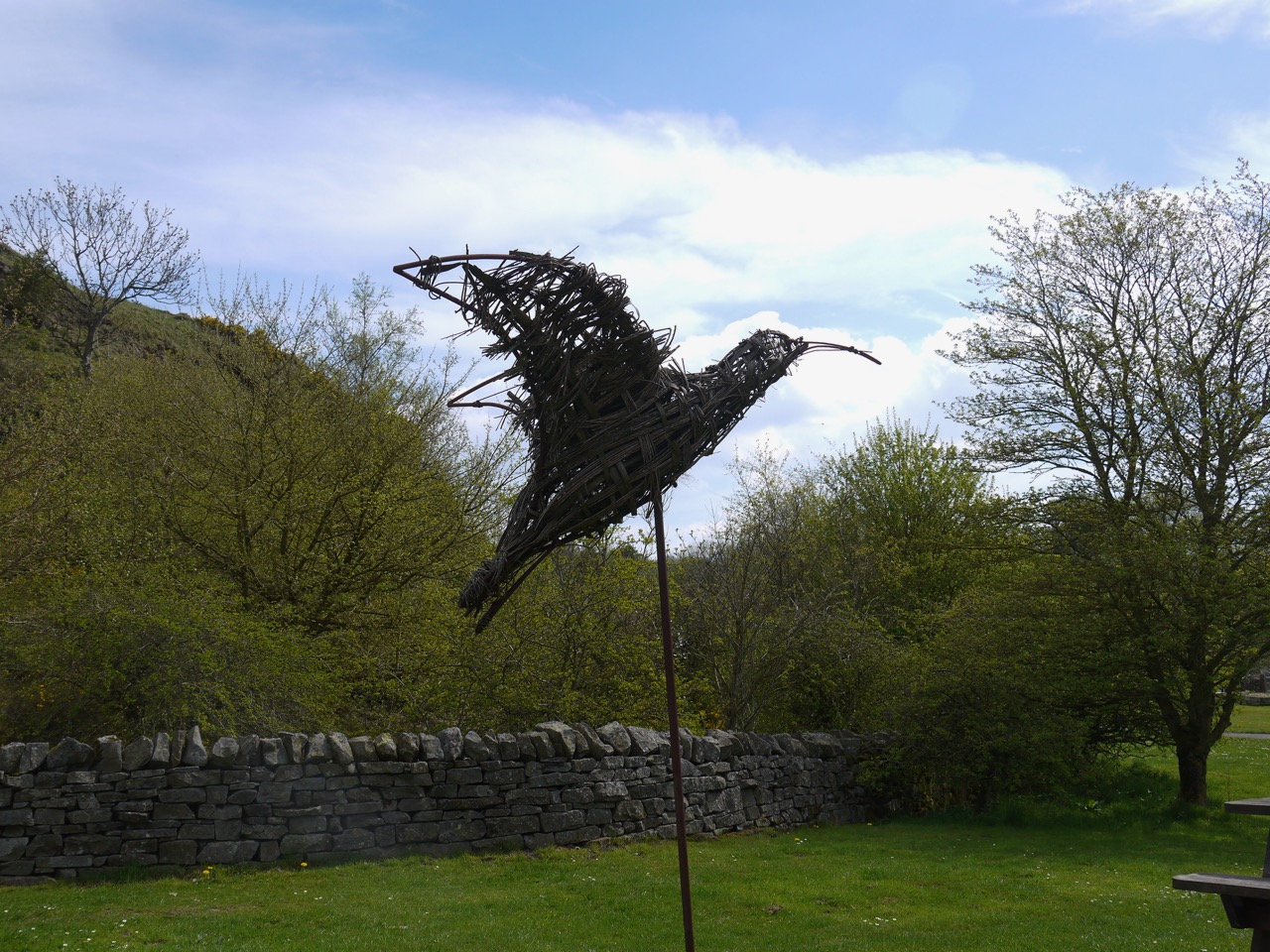 There were no frogs on the path this time in Walltown Quarry. And no deer this time. We did though have swathes of cuckooflower and trees in blossom this time. 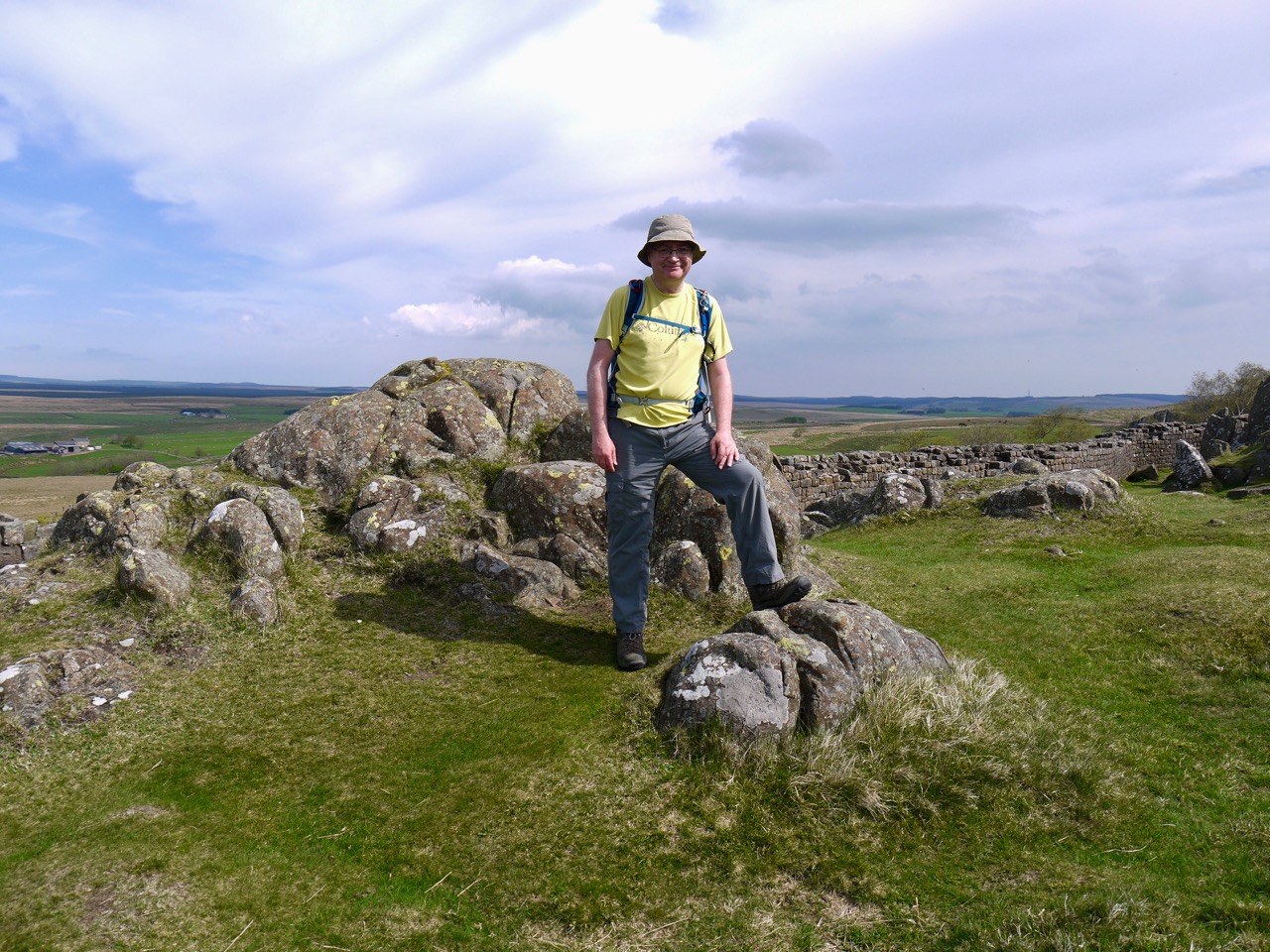 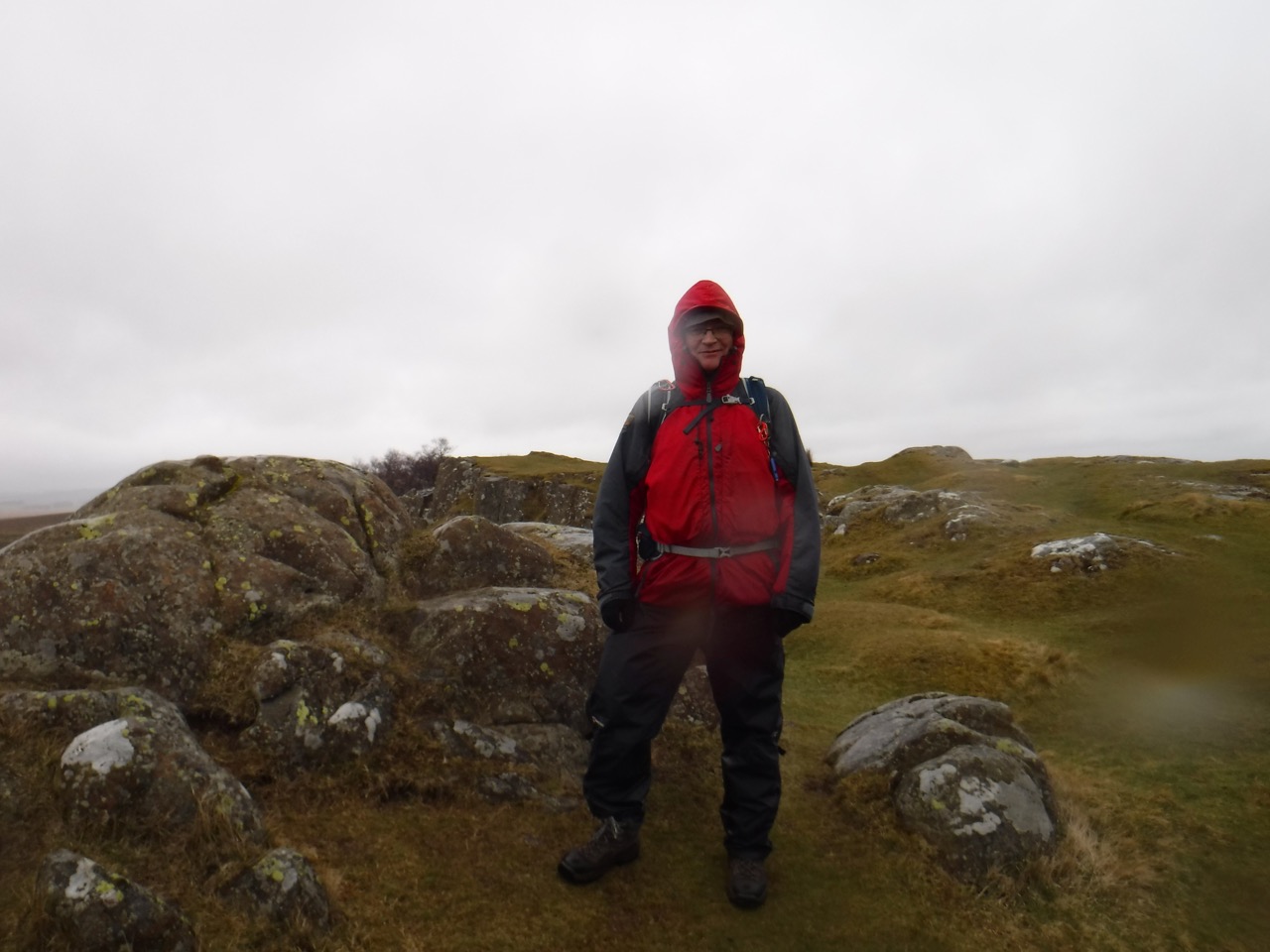 The visibility was good enough that we could see Criffel and Burnswark from the top of Walltown Crags. 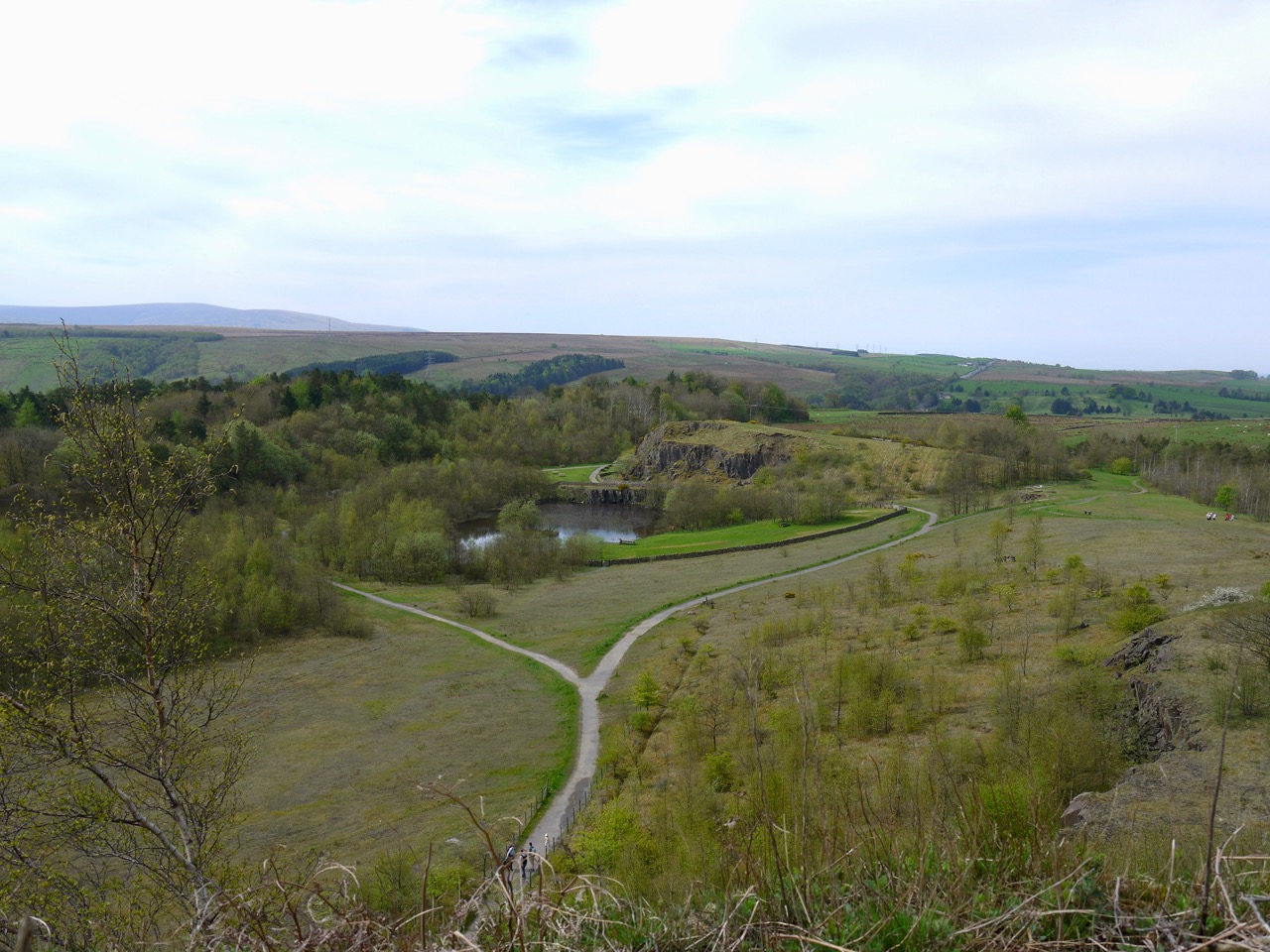 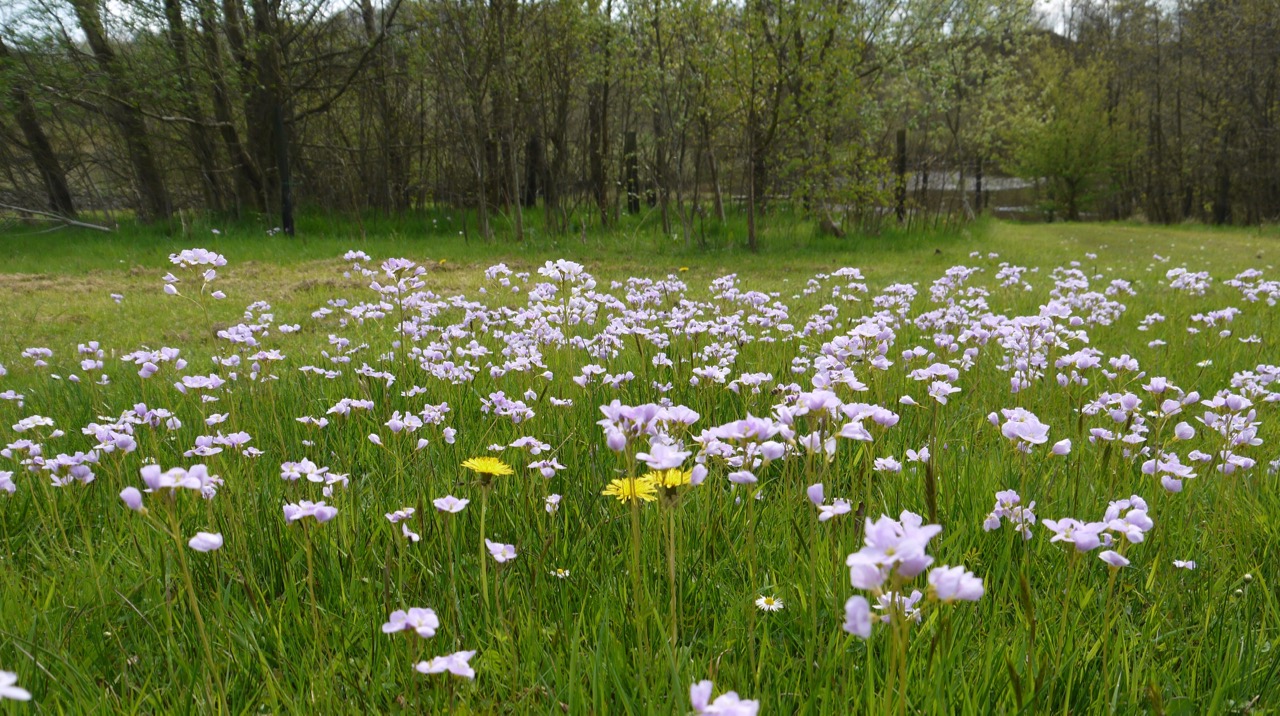 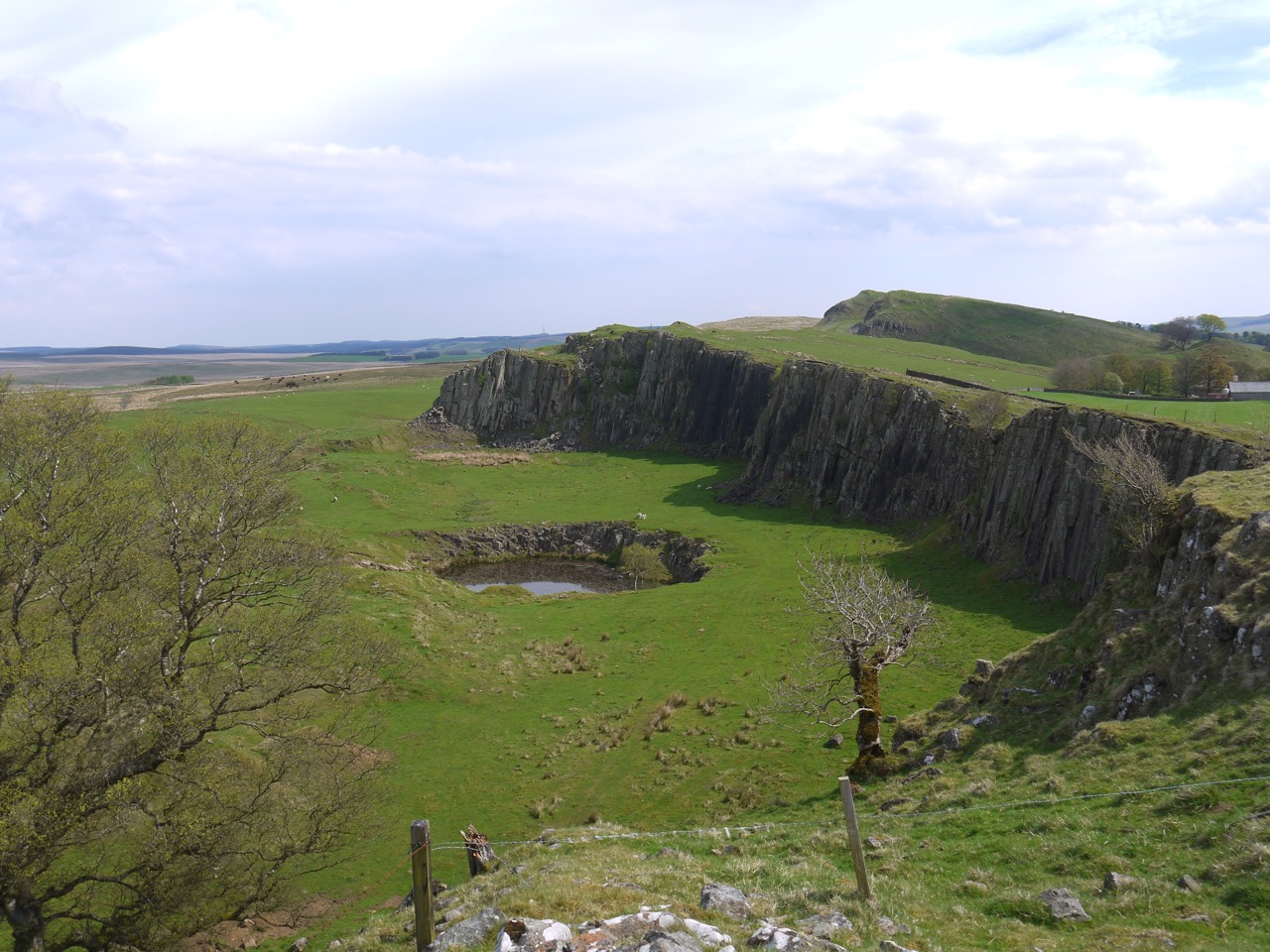 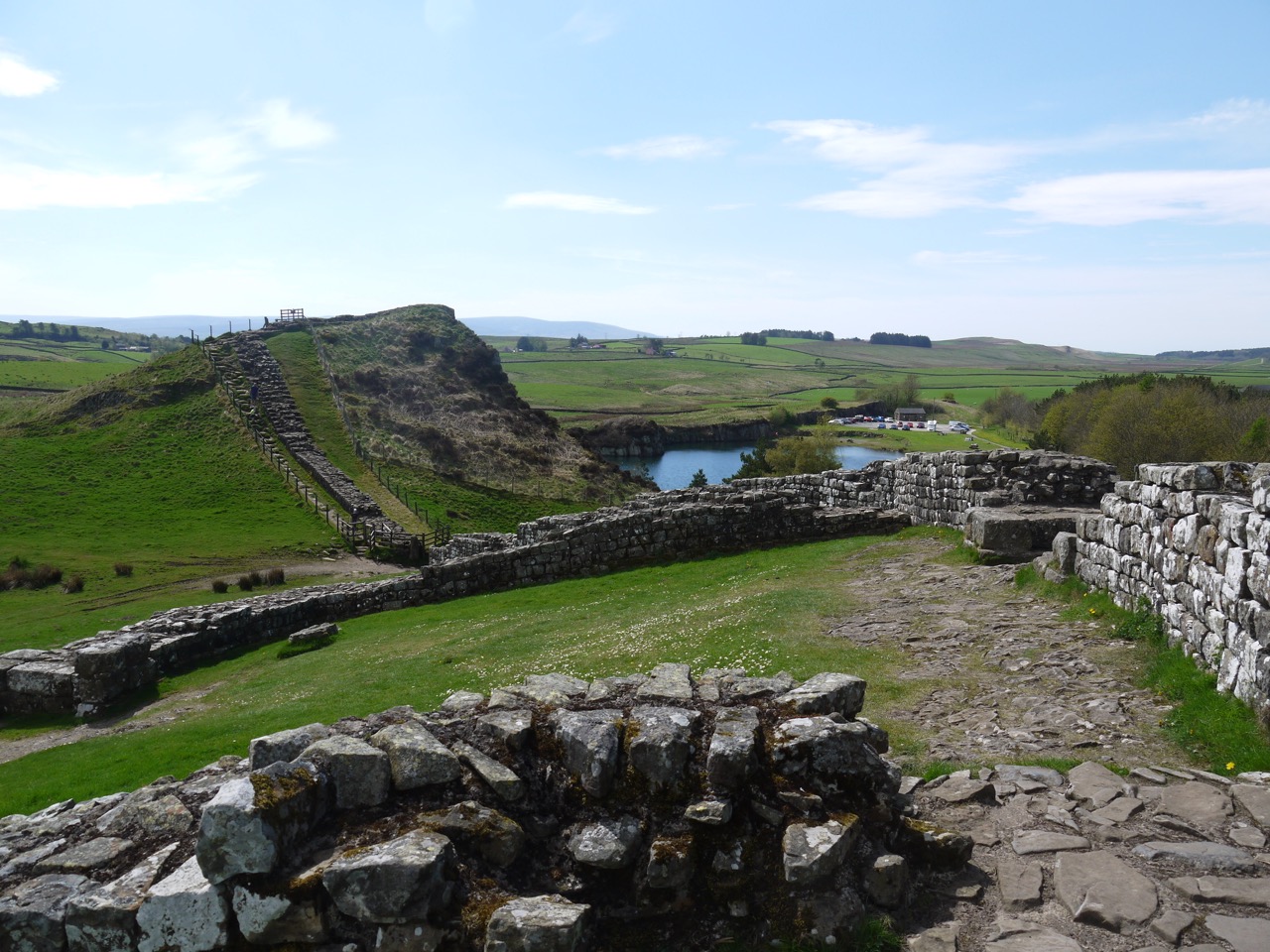 The visibility was good enough that we could see Criffel and Burnswark from Walltown Crags. I had been reading about the Nine Nicks of Thirlwall, but my research had been incomplete. I hadn’t been able to work out which hills were the Nine Nicks.  Apparently there are only seven nicks now due to extensive quarrying. So we spent some time looking back later in the walk and trying to count the nicks. We presumed a nick to be gap rather than a summit and we were looking westwards from Cawfields Crags. I now wonder if the picture below, looking east, is actually the nine nicks. 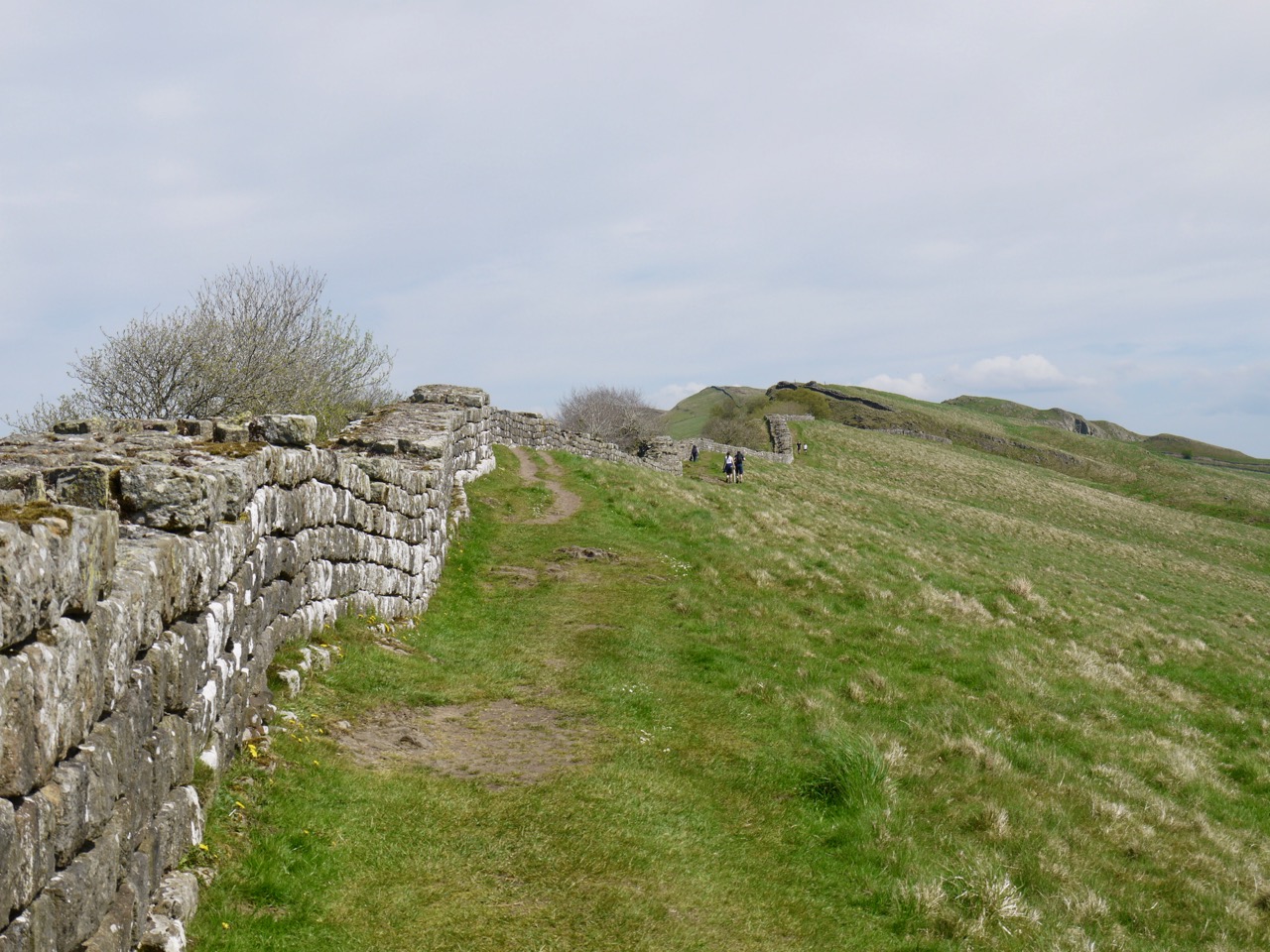 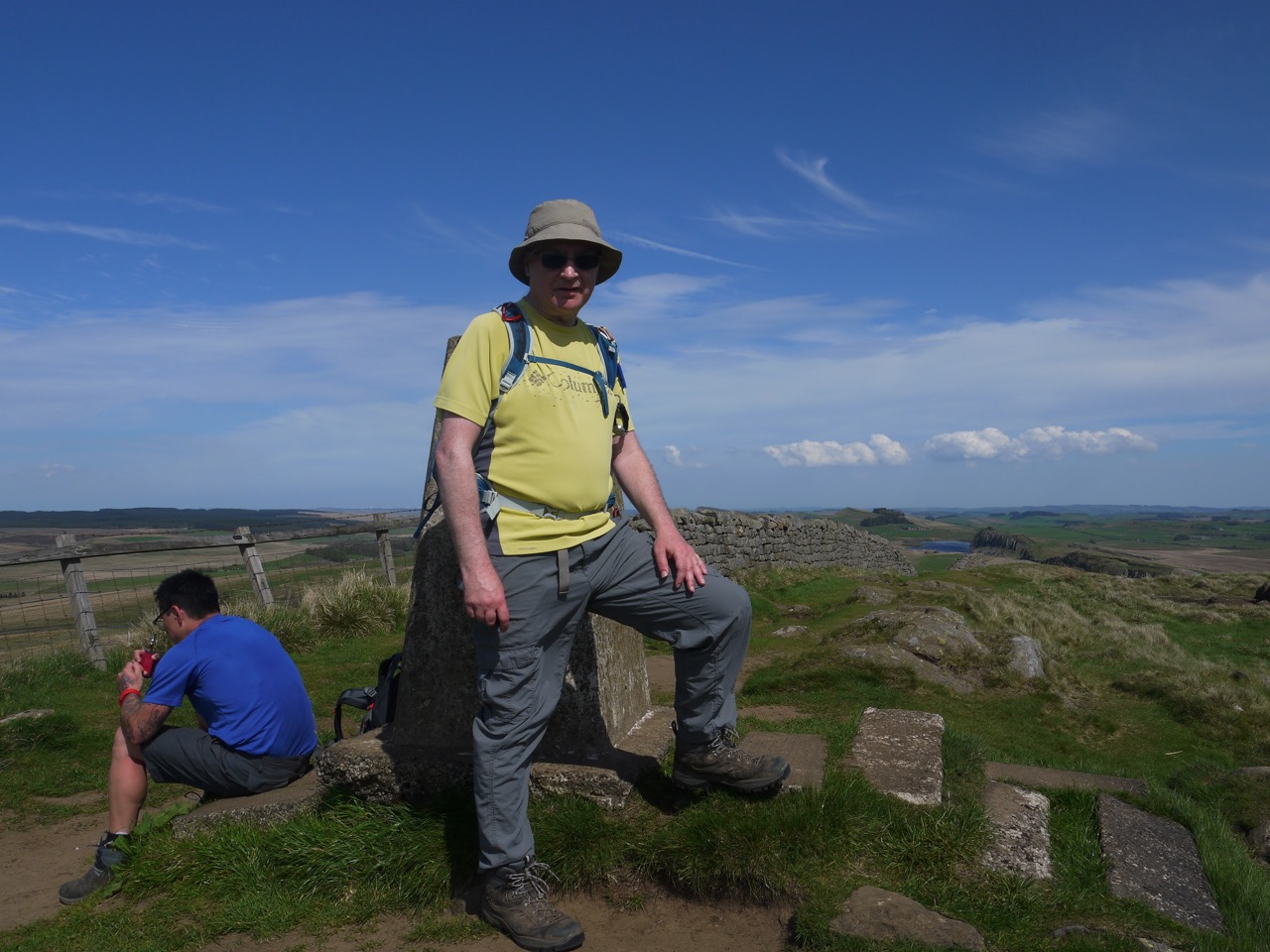 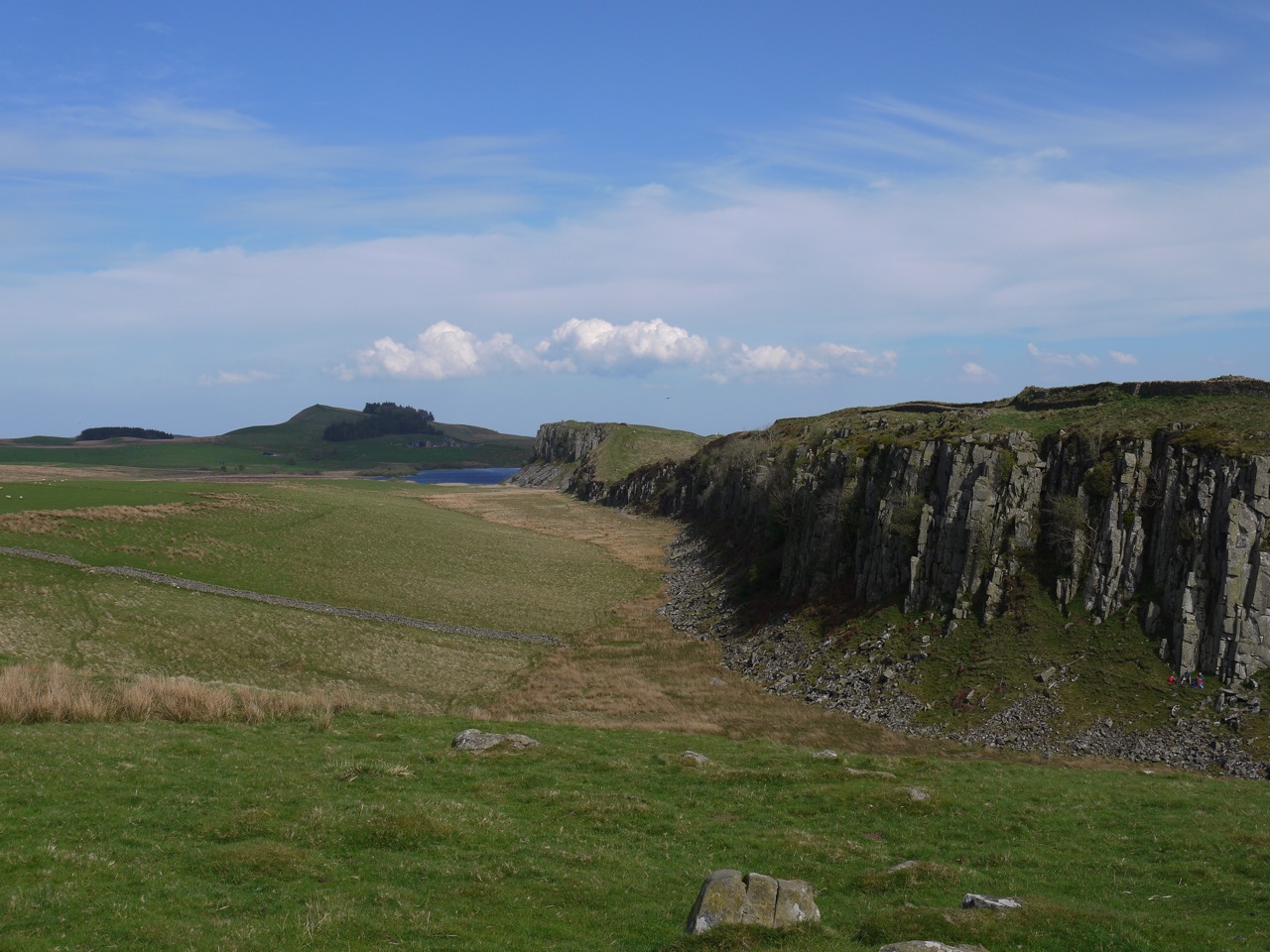