Romans and Reivers: 6 – Larches and Hail

Craik forest circular via the quarry near Camp Burn

This is a short straightforward section. We had 13 miles of the R&R left and decided to split it, so this was a little under 4 miles of R&R walked eastwards and then westwards.

There were heavy rain showers requiring waterproofs and on the way back we were walking into hail filled wind. We hadn’t realised how cold the wind was until we had it in our faces. 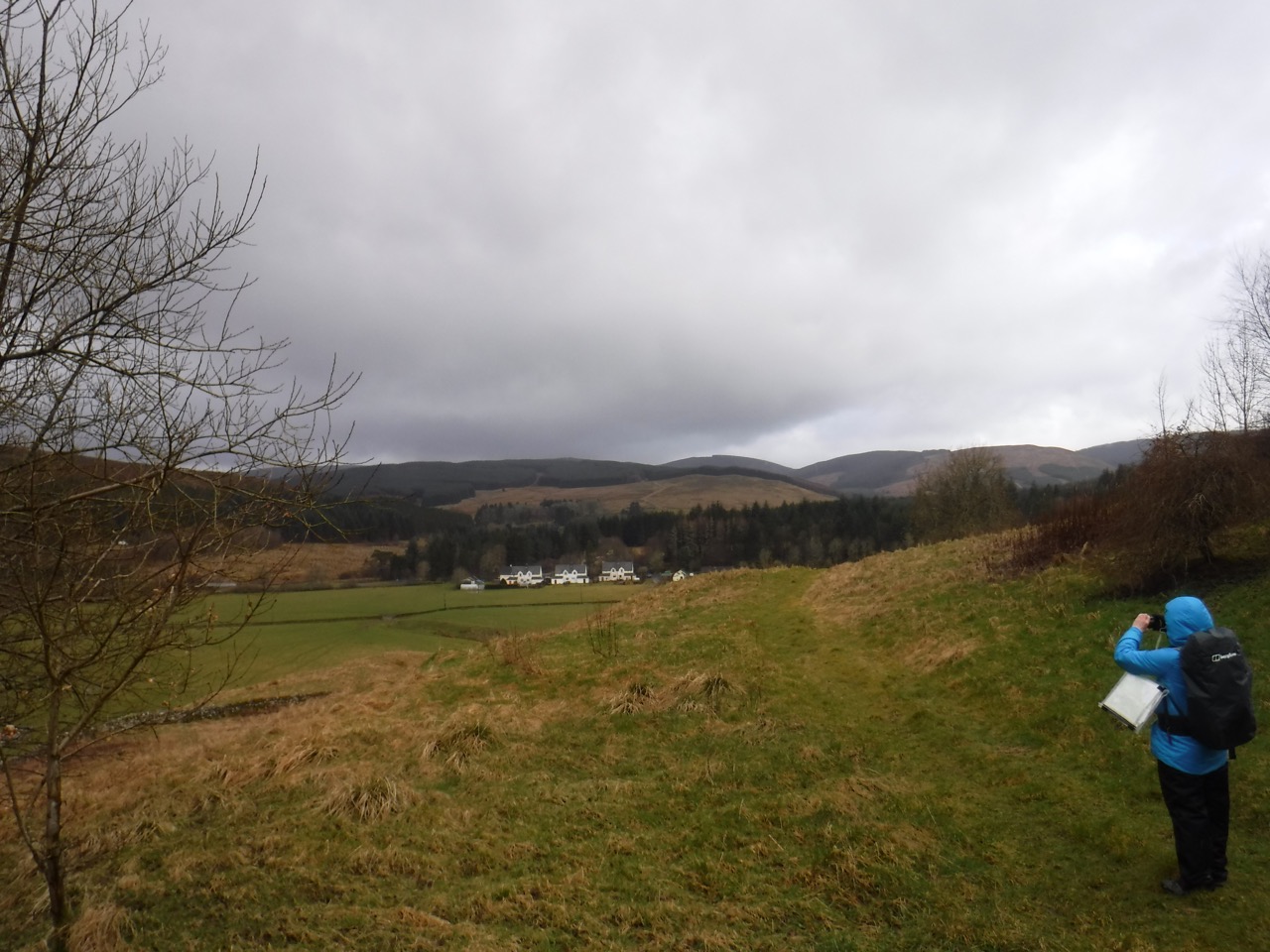 We started at the Craik Forest car park and followed the R&R signs which took across a full Aithouse Burn. The OS map has the R&R turning left here but it actually continues straight ahead on a farm track between some houses. there is a gate directly ahead but the route skirts around rather than crossing this field.

The track then climbed a little to give us views back along Borthwick Water’s valley before reaching the trees. Much of the walk is lined by larches, which are orange with new growth but have buds that will soon turn green as they sprout new needles. 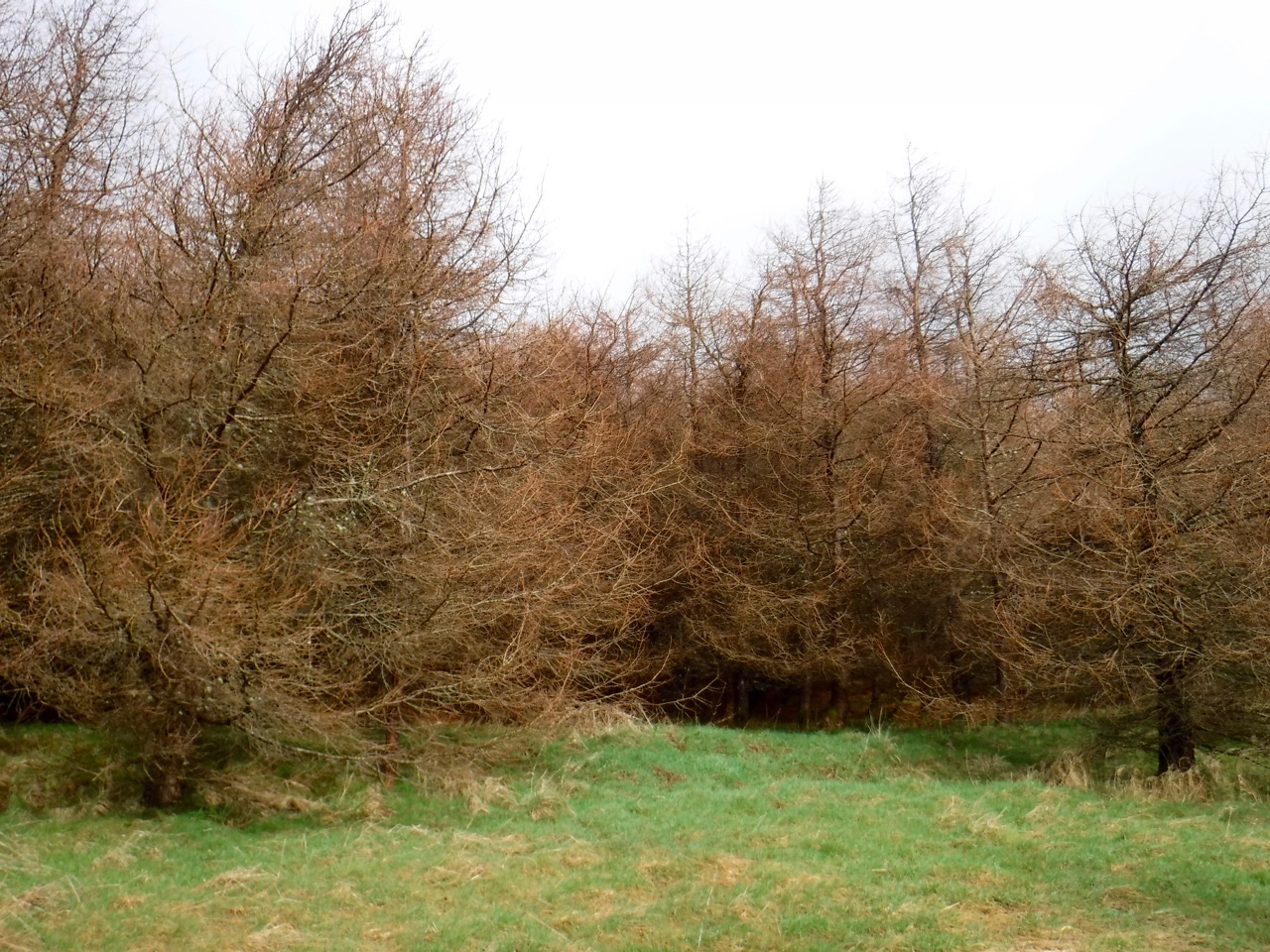 The route undulates a little as it climbs from lower ground and burns before climbing up the next, but never steeply. The Dirthope Burn was full and prevented us following the signed route, but a footbridge allowed us across with dry feet and only a minor detour. I suspect the footbridge is the “new” route. 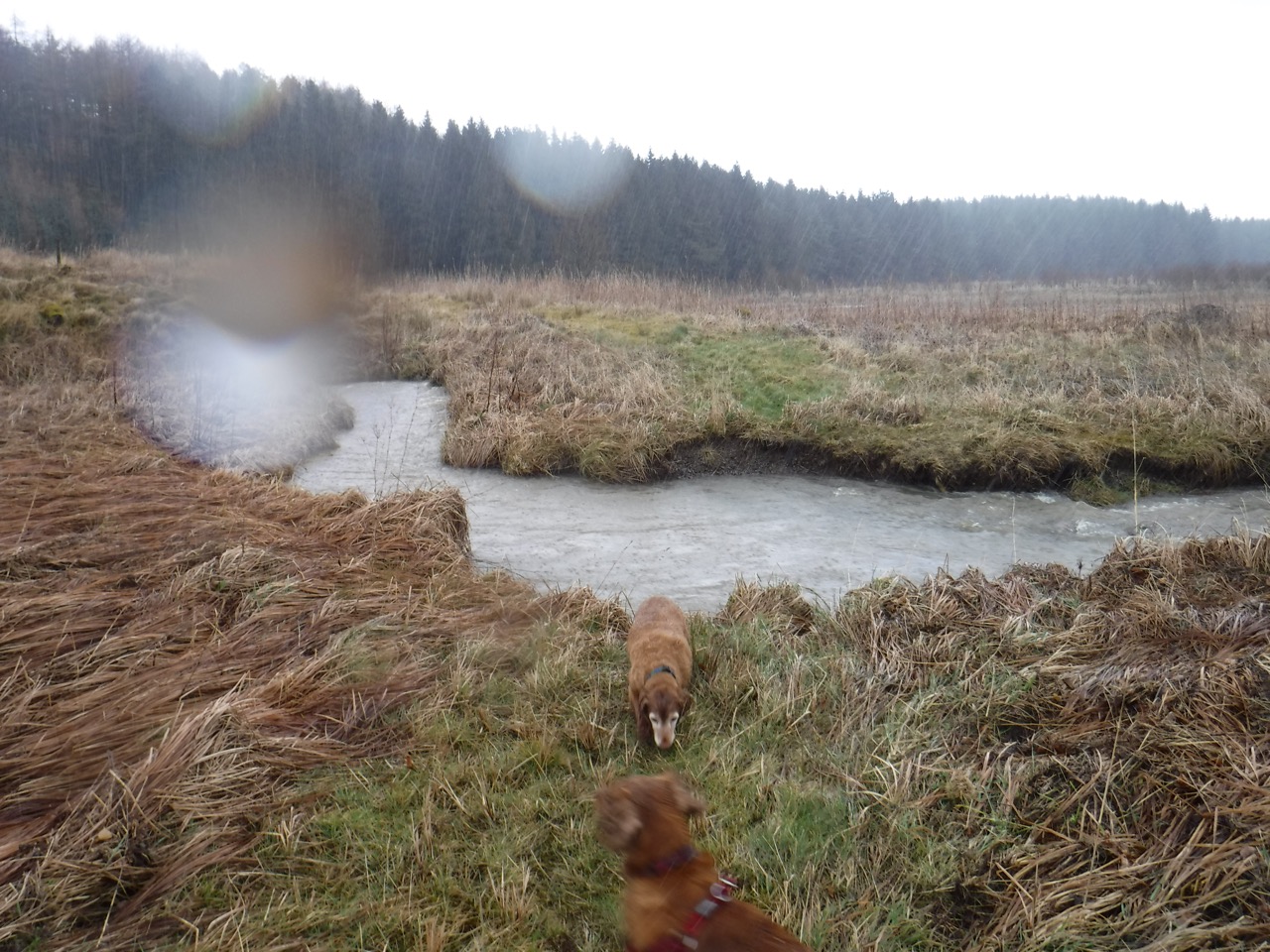 Where the R&R meets the Dirthope Burn

Once out of the forests the dogs went back on leads and we crossed Borthwick Water to walk along the Craik Road as far as the small quarry, passing the waterfall on Camp Burn. 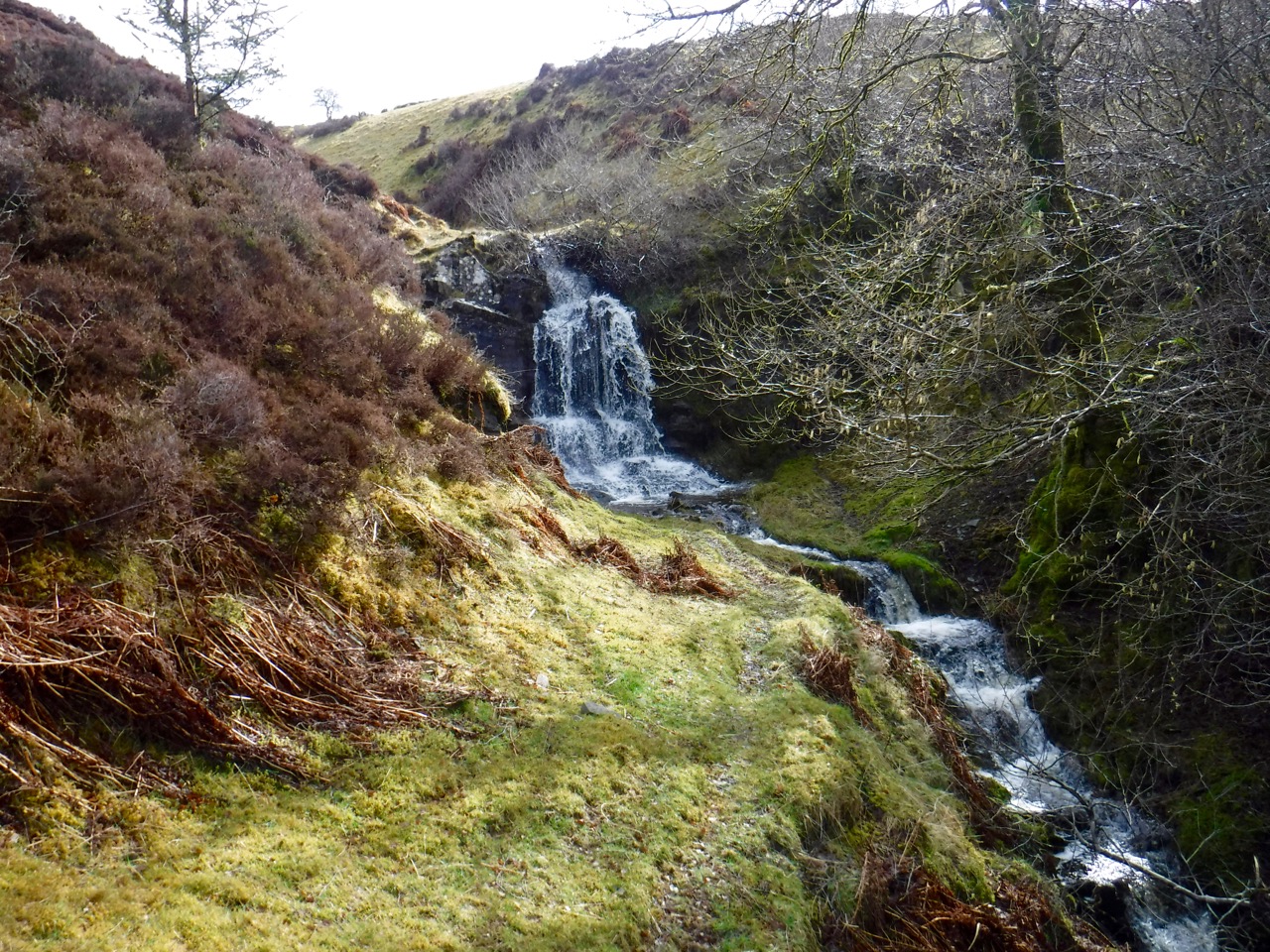 Retraced as steps back along the same route, but returning was a different experience with the wind and hail in our face. We noticed some flowers that we had missed on the outward leg, some unopened lesser celandine (a harbinger of Spring according to A), a single clump  of primroses and, close by the car park, a single, rather bedraggled daisy.

Share this...
This entry was posted in Borders and tagged Romans and Reivers. Bookmark the permalink.