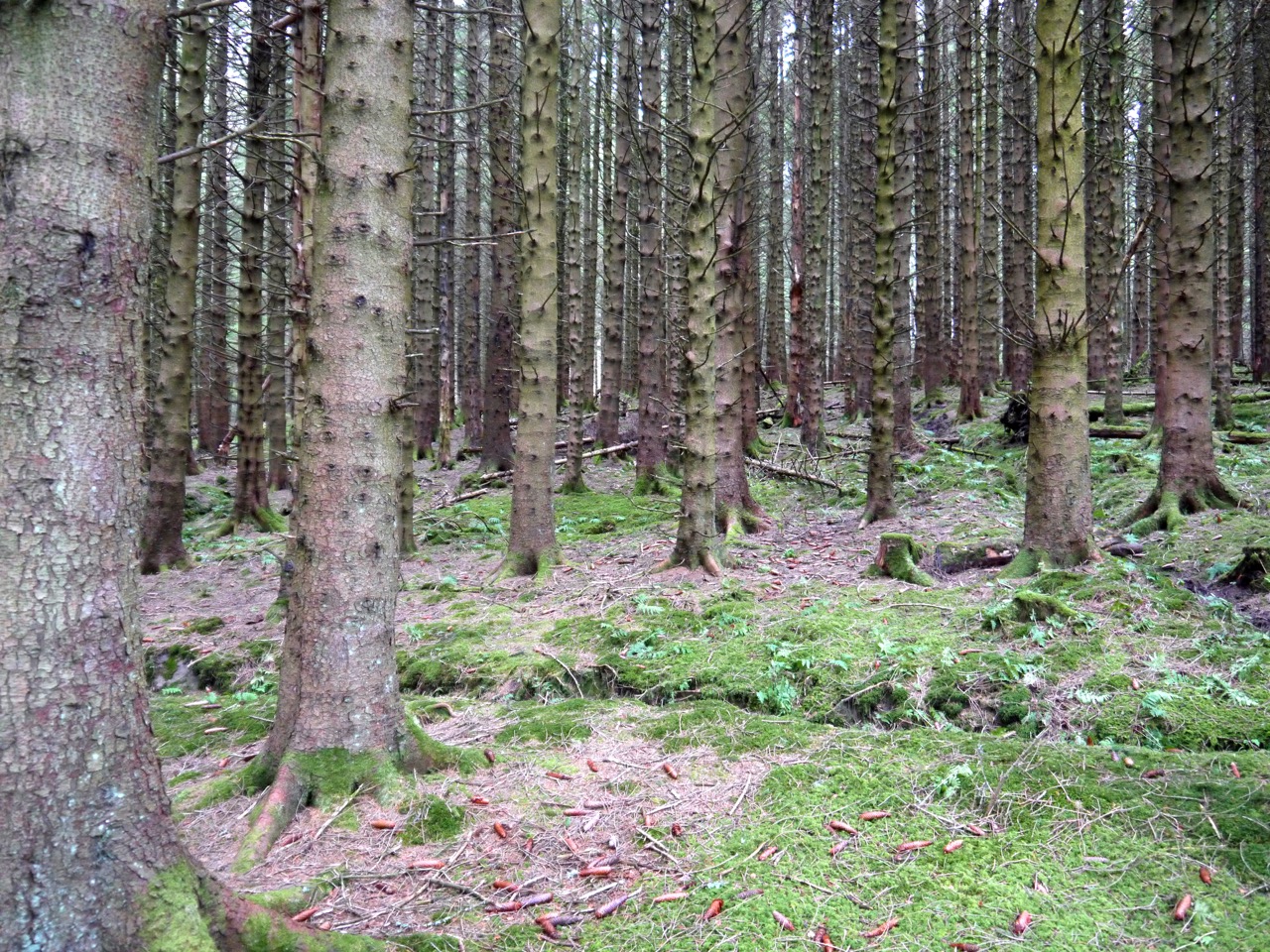 This was a straightforward and relatively short route for once. We parked in Craik Forest car park and followed the R&R way markers up to Craik Cross Hill, and then came back the same way. The rain stayed away and it wasn’t especially cold.

In the car park we found a wooden toadstool and a carved squirrel, but not any actual red squirrels. There is also a memorial to the eight man crew lost when a Halifax Bomber crashed near here in 1944.

Halifax JP190 took off from RAF Lindholme, Yorkshire at around 20:00 hours for a cross country Navigation exercise over the Scottish Borders. At around 20:30 hours the aircraft was witnessed flying in a westerly direction by a farmer in the village of Craik, reportedly with an engine on fire. Shortly after passing over the village the aircraft was seen to dive into the hillside and explode in a ball of flames. The farmer and a colleague set off in the direction of the crash, and discovered the shattered remains of the Halifax on a hillside 800m (c. ½ mile) from his farm. Five bodies were also discovered. The next day a local Police unit and personnel from RAF Charterhall climbed to the site [on the slopes of Muckle Knowe], and located a further 3 bodies. (Info from Air Crash sites Scotland) 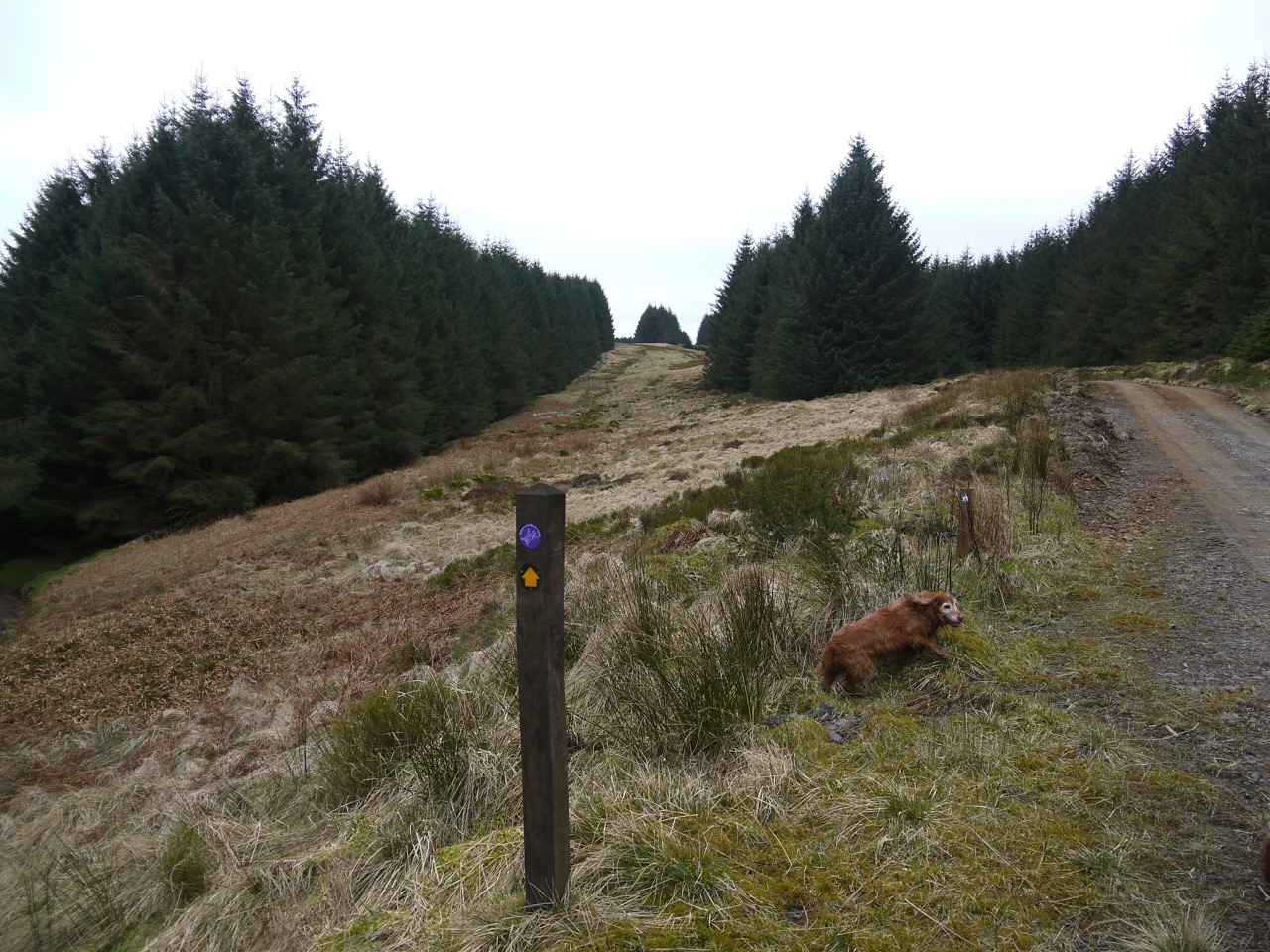 Roman Road on the left

Our route ran beside or coincided with the old roman road for much of the climb to the summit of Craik Cross Hill. And we had better visibility this time though the summit itself has tree on most sides limiting views from there. We were able to stand at the county border though and gaze down into both D&G and the Borders.

A small track heads north along the border. I had wondered about following other tracks to the north and meeting this track as a way up but suspect that would be an unpleasant route. Looking across from our route on the way up it would seem we would have had to cross areas of felled forest and when we investigated the track heading north, it soon deteriorated into spongey moss.

Share this...
This entry was posted in Borders, Dumfries & Galloway and tagged Romans and Reivers. Bookmark the permalink.