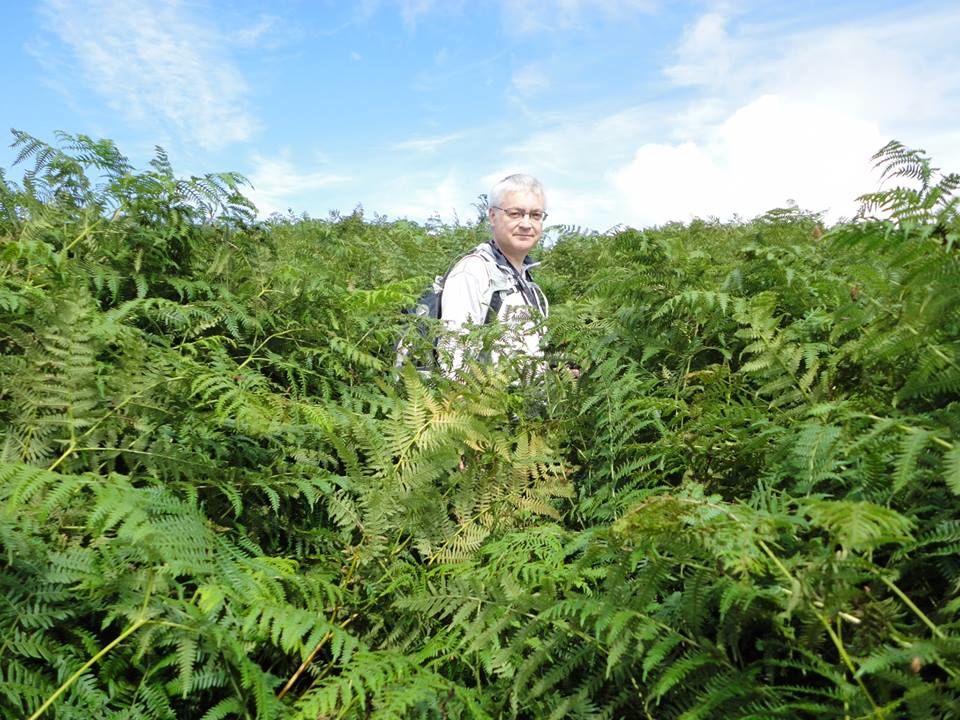 According to the official guide the SUW is 212.6 miles long , but our GPS logged 230.2 miles. 6.8 miles were diversions off the official route either to visit interesting places or get to/from our cars, so our SUW distance was 10.8 miles longer than the official distance. 11.1 miles were above 500m and our highest point was at 725m on Lowther Hill. The SUW misses the top by 2m but we went the extra 2m.

The plan had been that a group of us would walk the complete Southern Upland Way one day at a time. I had foreseen that we would not all be available to walk each section together so some members of the group might walk some sections on different days, but I hoped we would resynchronise every so often. The first such synchronisation was to be at Beattock. I expected to re-walk some sections and thought the whole thing might take us 18 months.

Audrey and I have now completed the walk (between August 2013 and July 2014), but we were joined on several sections by other friends: David, Elaine, Joanna, Derek and Gwyneth. The company was a great help and everyone did their bit providing humour, stoicism, knowledge, encouragement, navigational advice, sweeties (both natural and processed), transport, eagle-eyes, and sunscreen when needed. 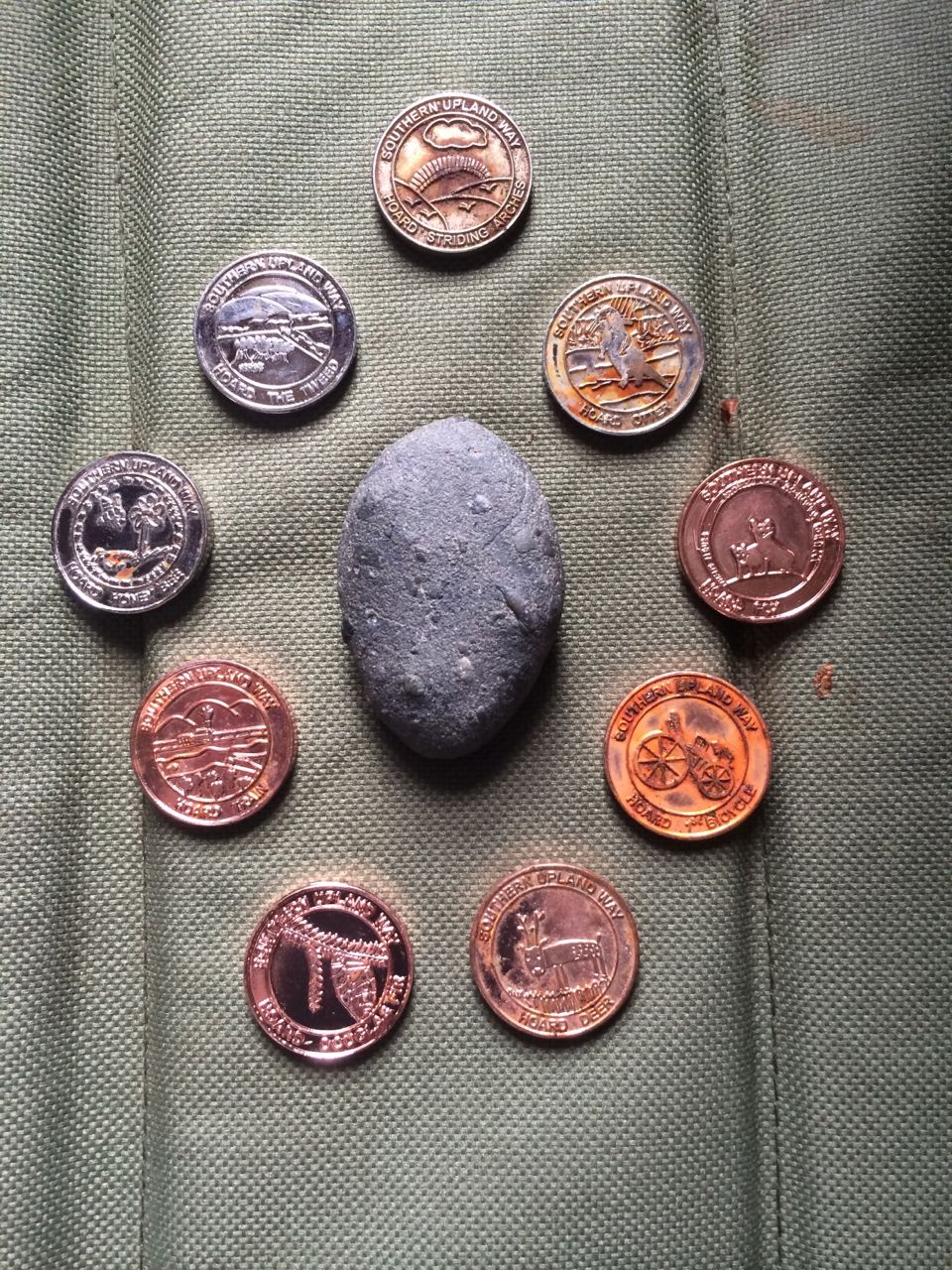 I carried a pebble from the west coast to the east coast. Hidden along the way are thirteen kists, hordes of specially minted coins called 13ths hidden in individually sculpted containers. The word “Ultreia” is found on way-markers to give clues that the kists are nearby. We have come away with nine. (PS we subsequently found a tenth)

There are two sections with alternative routes. Between Cogshead and Wanlock Water there is the standard SUW route which takes a direct line across the upland moors and the longer alternative which I imagine exists to provide a detour if the moors are in use for grouse shooting. It winds north along forestry tracks through what is mostly forest on the map but is much more open now after felling. This track joins the “Set in Stone” geology trail for the last 2.8 miles into Wanlockhead. We returned to walk the alternative route in August and found the coin horde we had missed before.

We walked the other alternative route in October. It offers a choice between a high level route over Croft Head (637m) or a low level route beside Wamphray Water. I can only presume this is to offer a detour if the lower level route is closed for forestry operations or the weather makes the high level route too dangerous.

The Sections are described in:

Some photos from the way

Share this...
This entry was posted in Borders, Dumfries & Galloway, Lanarkshire and tagged SUW. Bookmark the permalink.