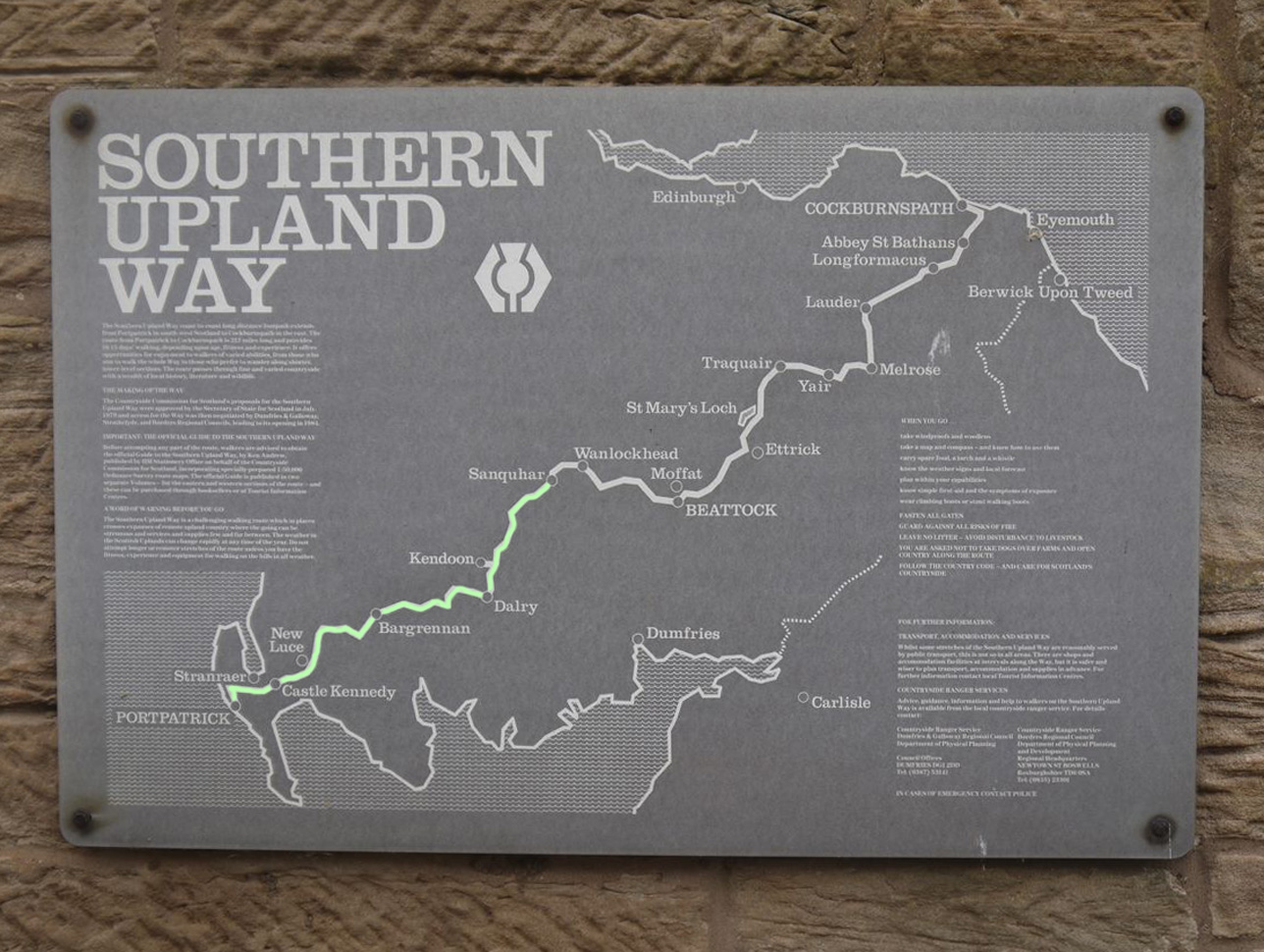 The western section of the SUW, from the North Channel at Portpatrick to the River Nith at Blackaddie Bridge is 91.5 of the SUW’s 212 miles, though our journey clocked up 99 miles with 3669m ascent.

The SUW took us from the cliffs of the North Channel, over farmland, then rugged Galloway moorland, across the waters of the Luce, Bladnoch, Cree, Dee and Ken, through the battlegrounds of Trool, skirted the Awful Hand and the Rhinns of Kells and across the Scaur valley to the Nith. We experienced sunshine, mist, drizzle and very heavy rain, and walked sometimes in tee-shirts and others in full wet weather gear. Our mettle was tested by an unexpected felled forest at Knowe and on another day the heavy rain had flooded an entire field in our path north of Dalry. We found 3 kists and missed 2. (Update found another in May 2015: found 4 kists, missed one.)

We split the walk into the following sections:

A coastal walk to Killantringan Lighthouse then minor roads or tracks most of the remainder, passing through farmland, moors, woodland and the Castle Kennedy Estate.

Look out for: the wreck of Craigantlet in the sea near the lighthouse, the standing stone at Knock and Maize, Ailsa Craig, the ruins of Castle Kennedy. 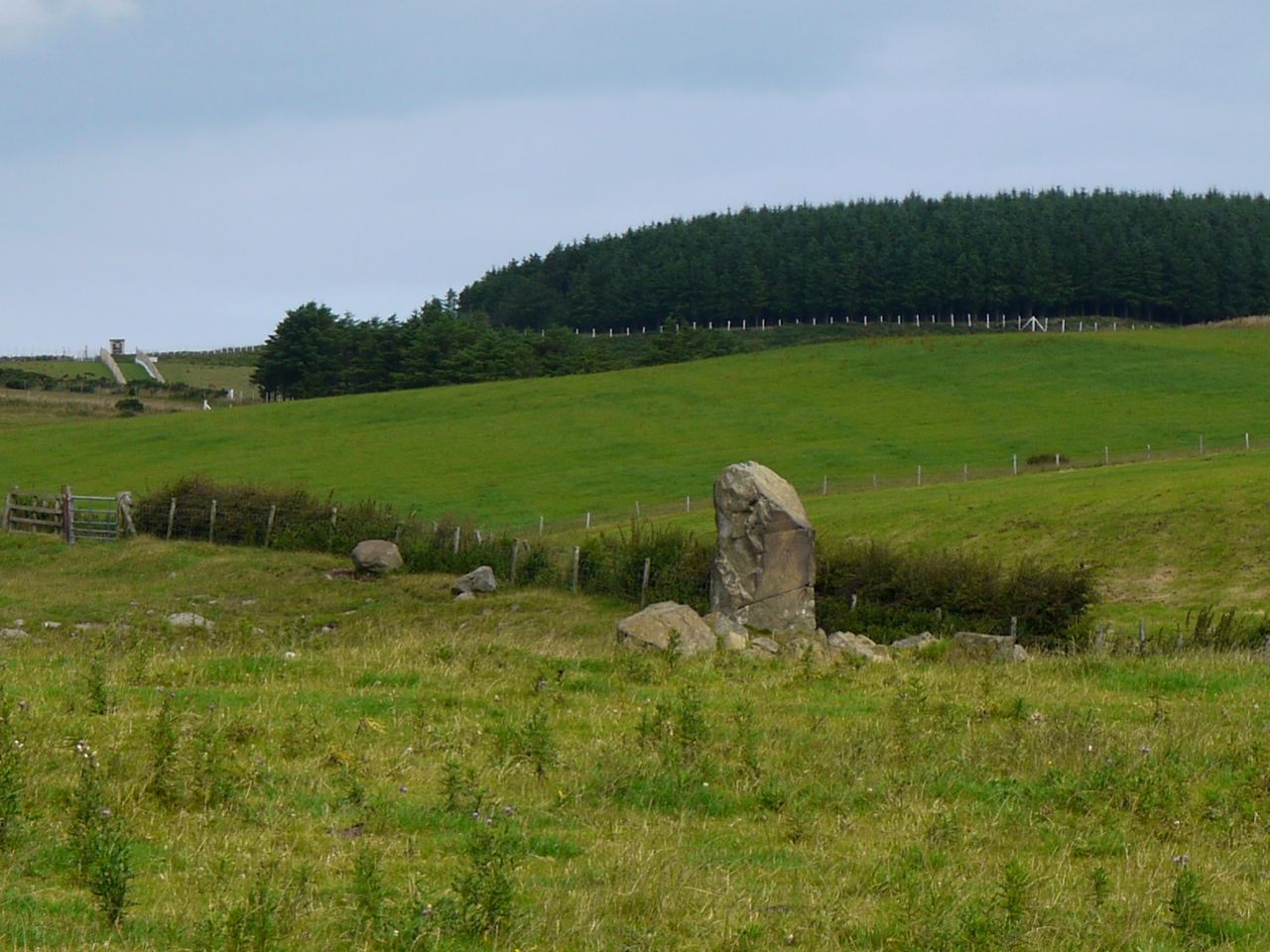 Some roads but mostly moorland and woodland walking with some boggy sections.

Look out for: Loup of Barnshangan Waterfall, Caves of Kilhern (both need a minor detours from the SUW), Kist, Castle Kennedy ruins (again). 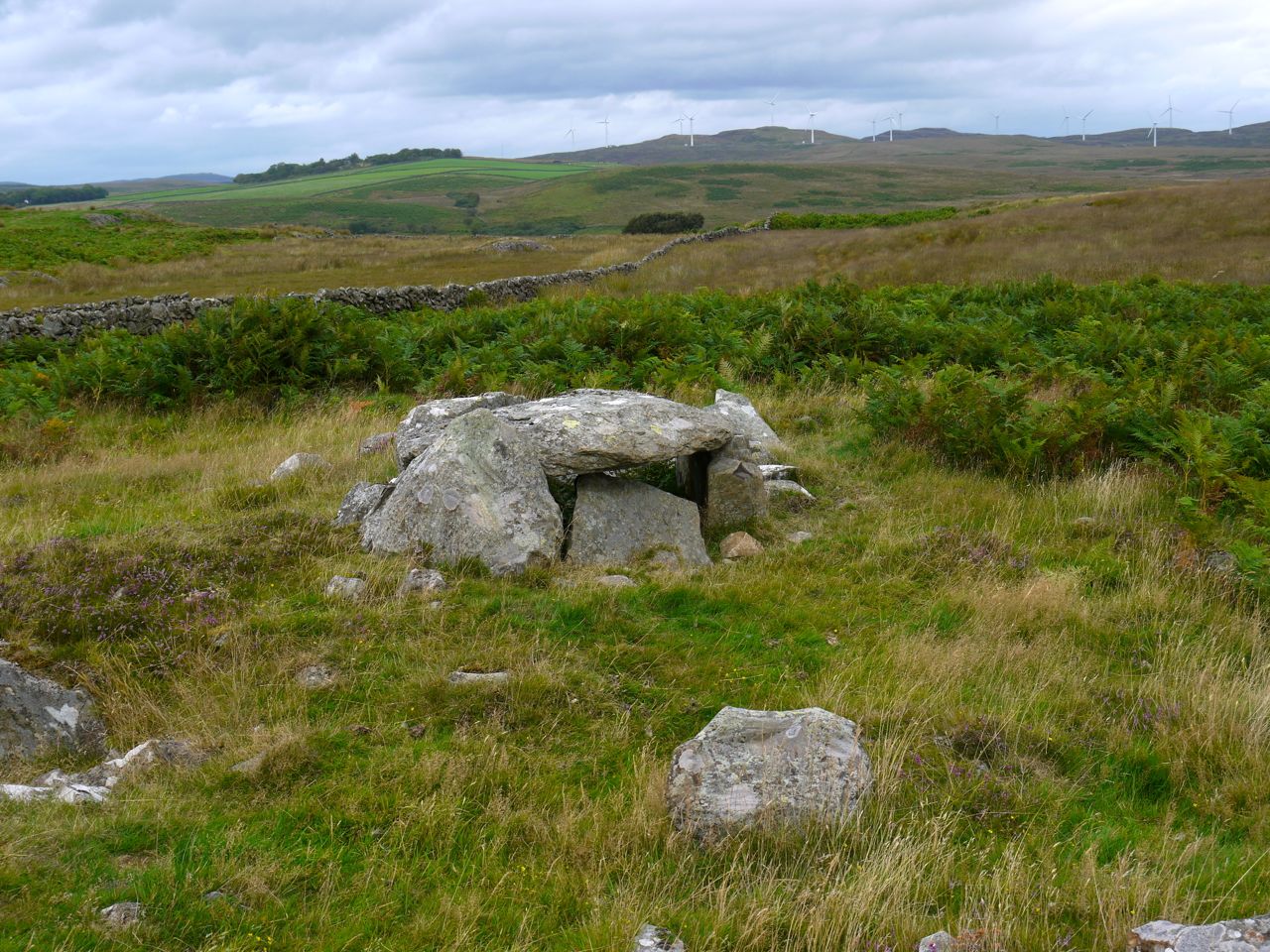 Mostly moorland and forest walks with some boggy sections. Good views from Craig Airie Fell, Wigtonshire’s highest hill. Care is needed to avoid missing where the SUW leaves the farm tracks after Balmurrie.

Look out for: Cairn na Gath (neolithic burial cairn), the Purgatory Burn, Laggangarn Standing Stones, Beehive Bothy and Liberland (the old leper colony) across Loch Derry. The Wells of the Rees are 100m off the SUW and Linn’s Tomb about 600m. 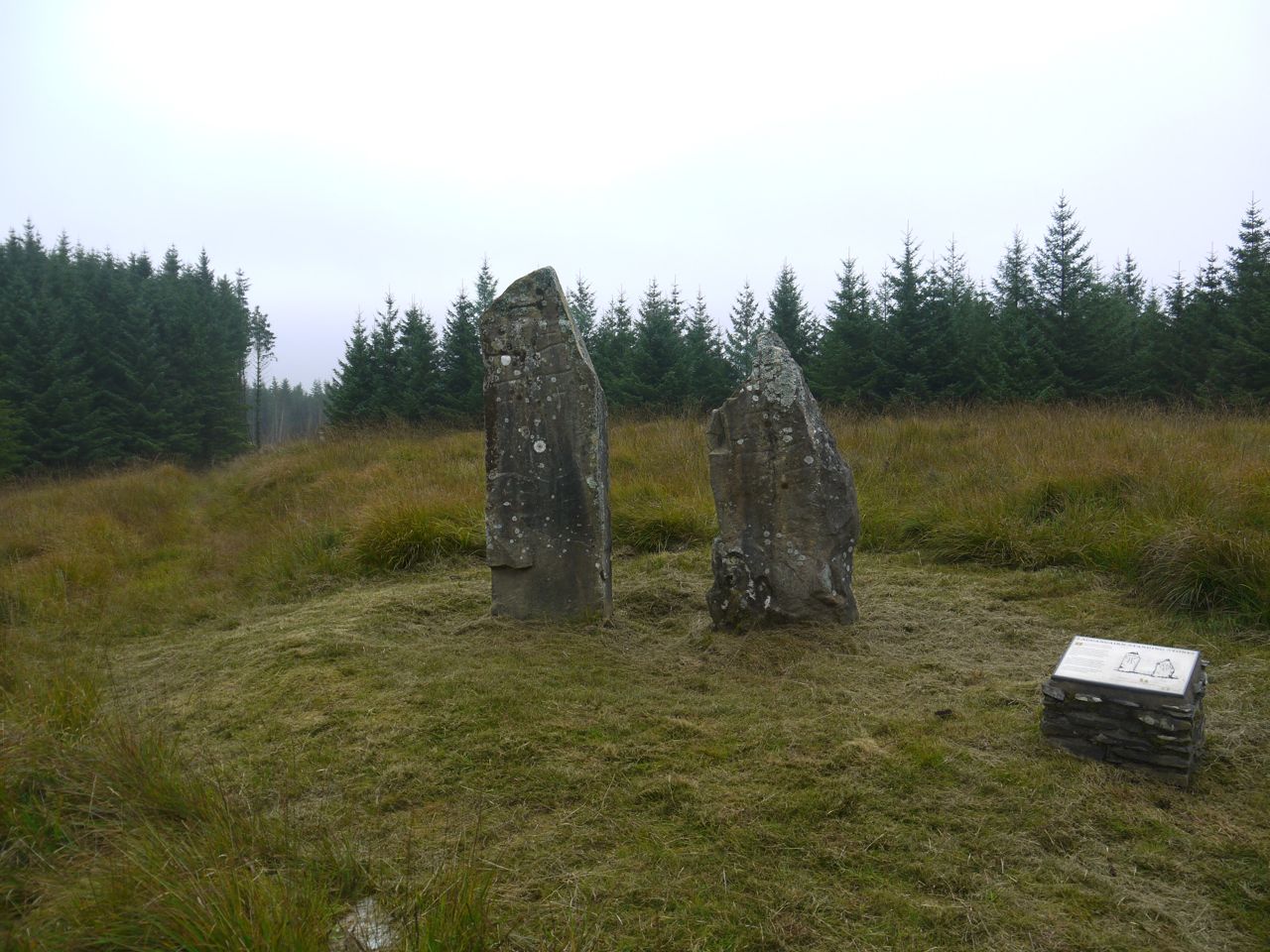 Initially quiet country roads through forestry land, some unpleasant walking in felled forest after Knowe, moorland to Bargrennan then woodland tracks to Caldons. Good views from Ochiltree Hill. Don’t make the mistake of entering the woodland near Garchew. 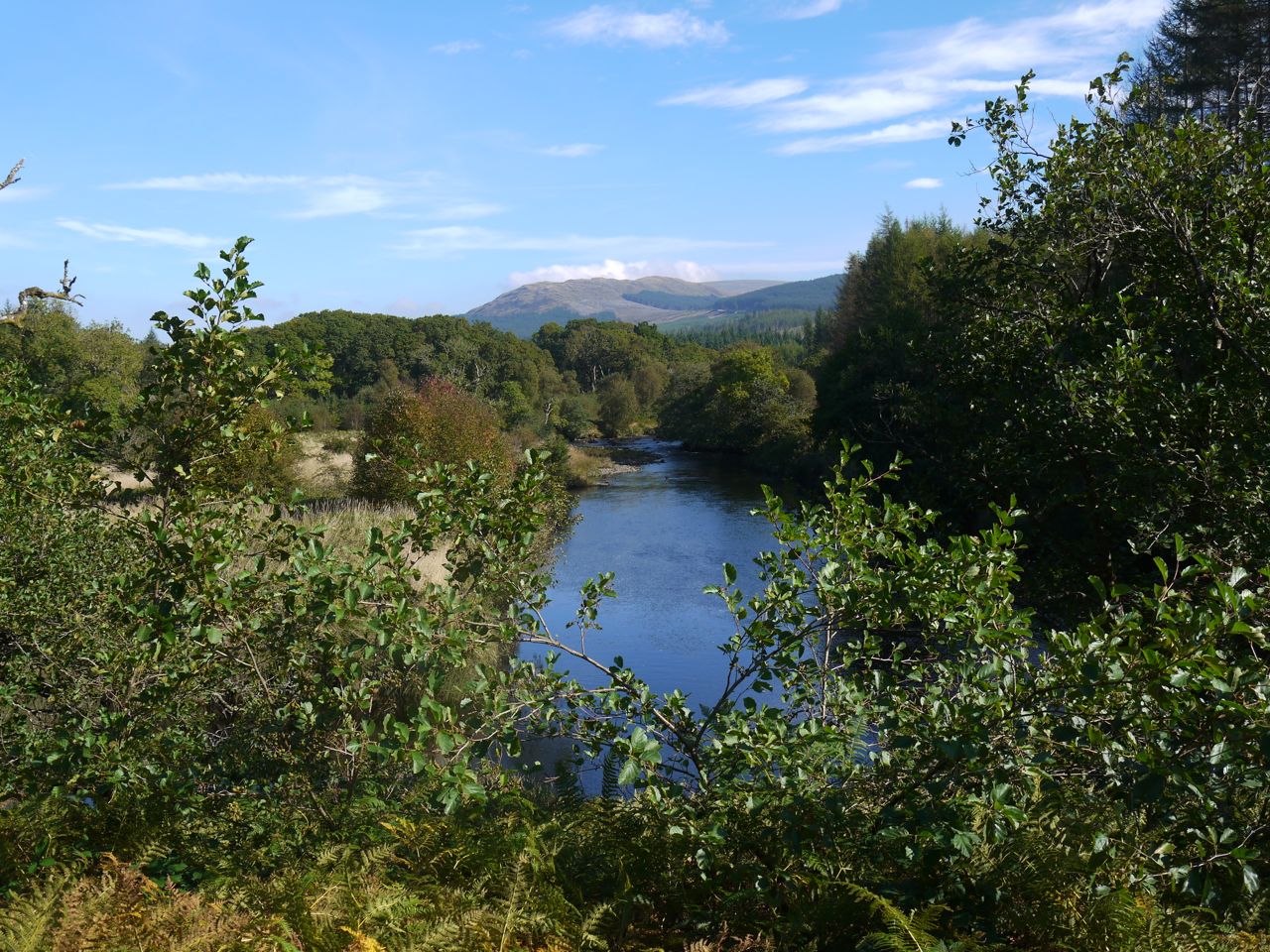 Woodland tracks by Loch Trool then forestry tracks to Clatteringshaws before entering woodland again. The final section is across the upland moors of Shield Rig where some care is needed in bad visibility.

Look out for: the site of the Battle of Glentrool, Giant’s Axe Head, mermaid cycleway sign, White Laggan Bothy, Kist. 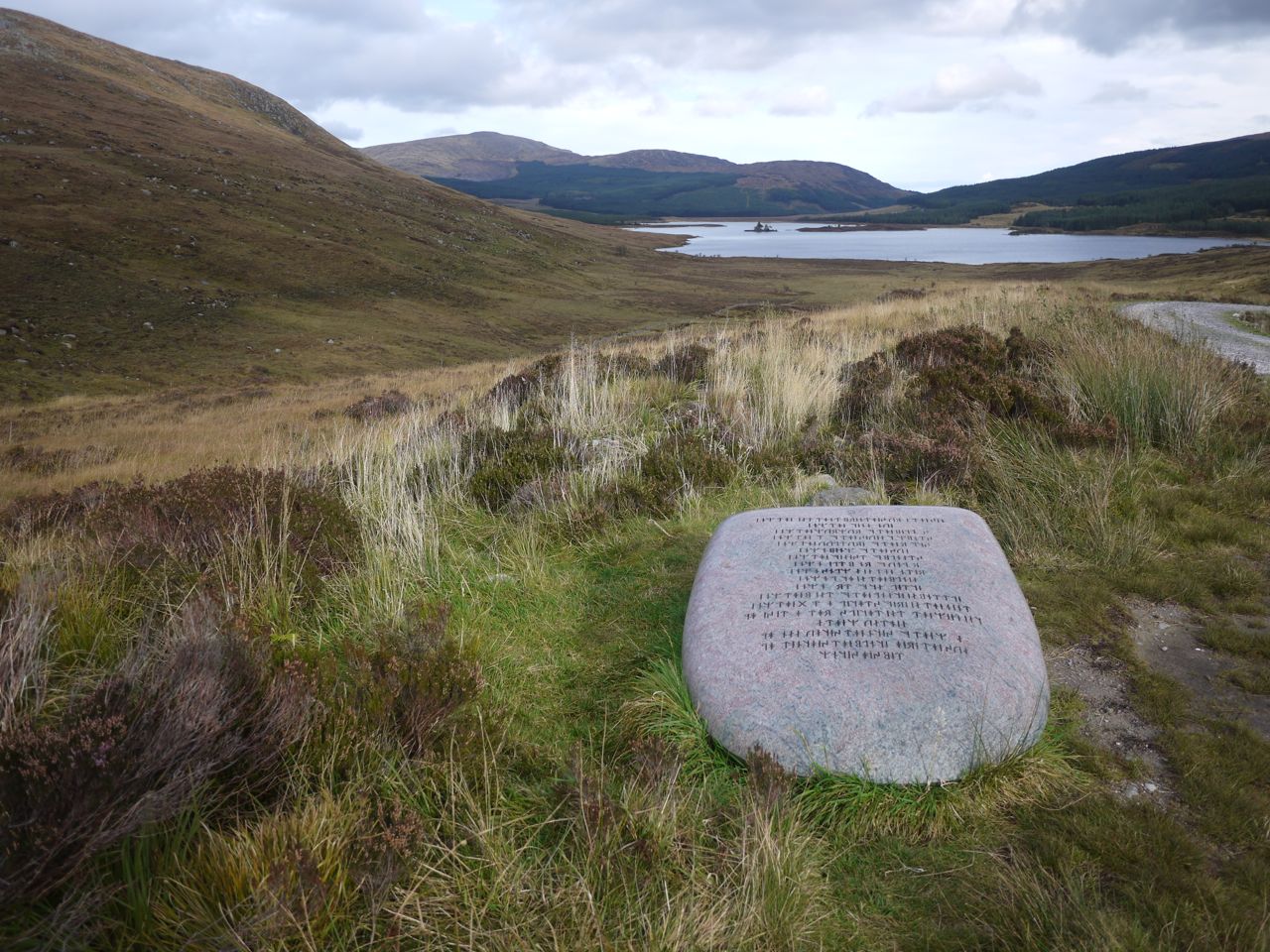 Mostly moorland walking, which can be quite boggy, with some sections on quiet roads. Good views from Waterside Hill, apparently. Care is needed where the SUW leaves the road near Garroch and over the moorland section north of Ardoch. 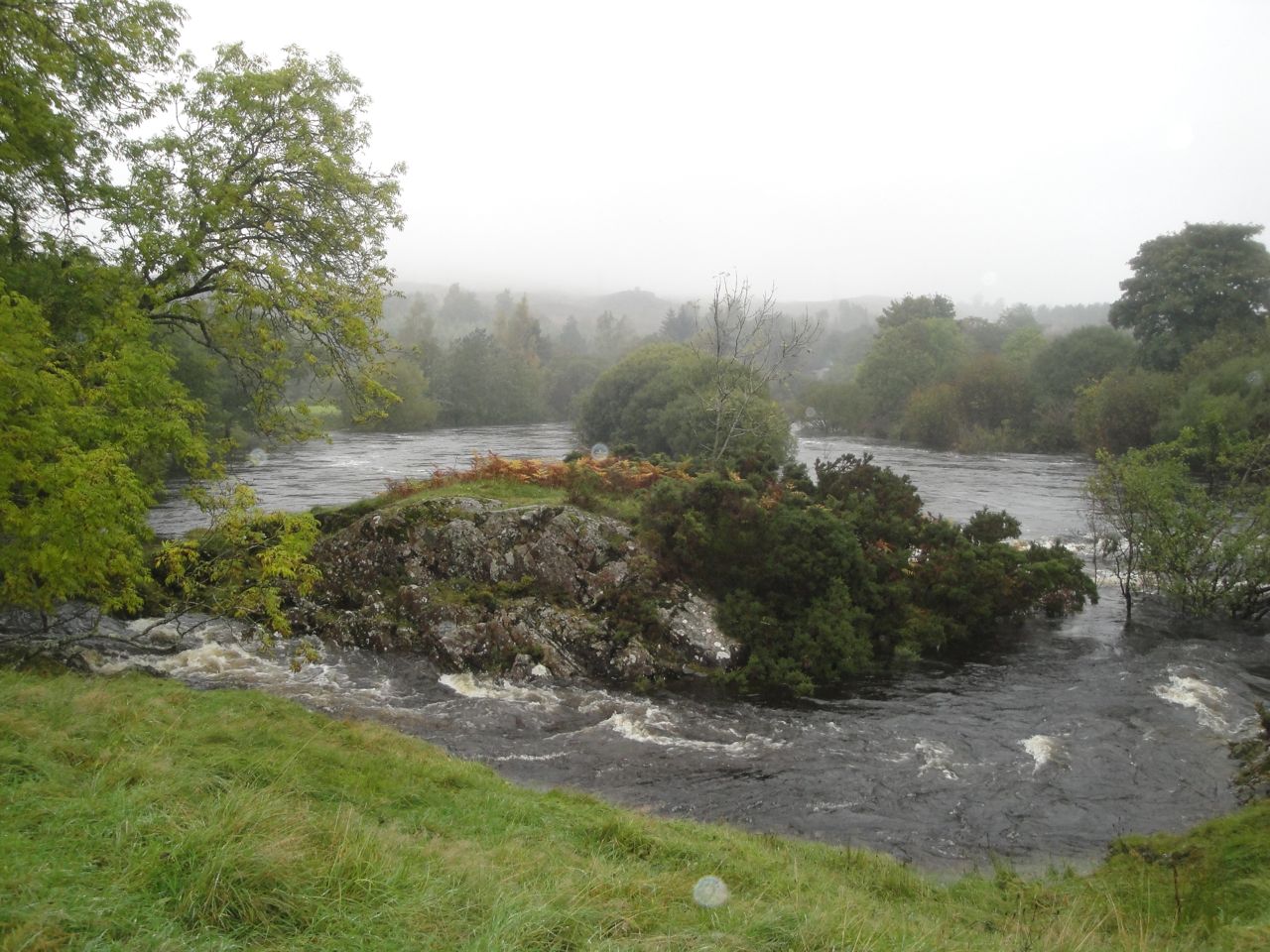 Upland moorland which is boggy in places and forestry tracks. Care is needed to stick to the route above Stroanpatrick. Good views from the hilltops. 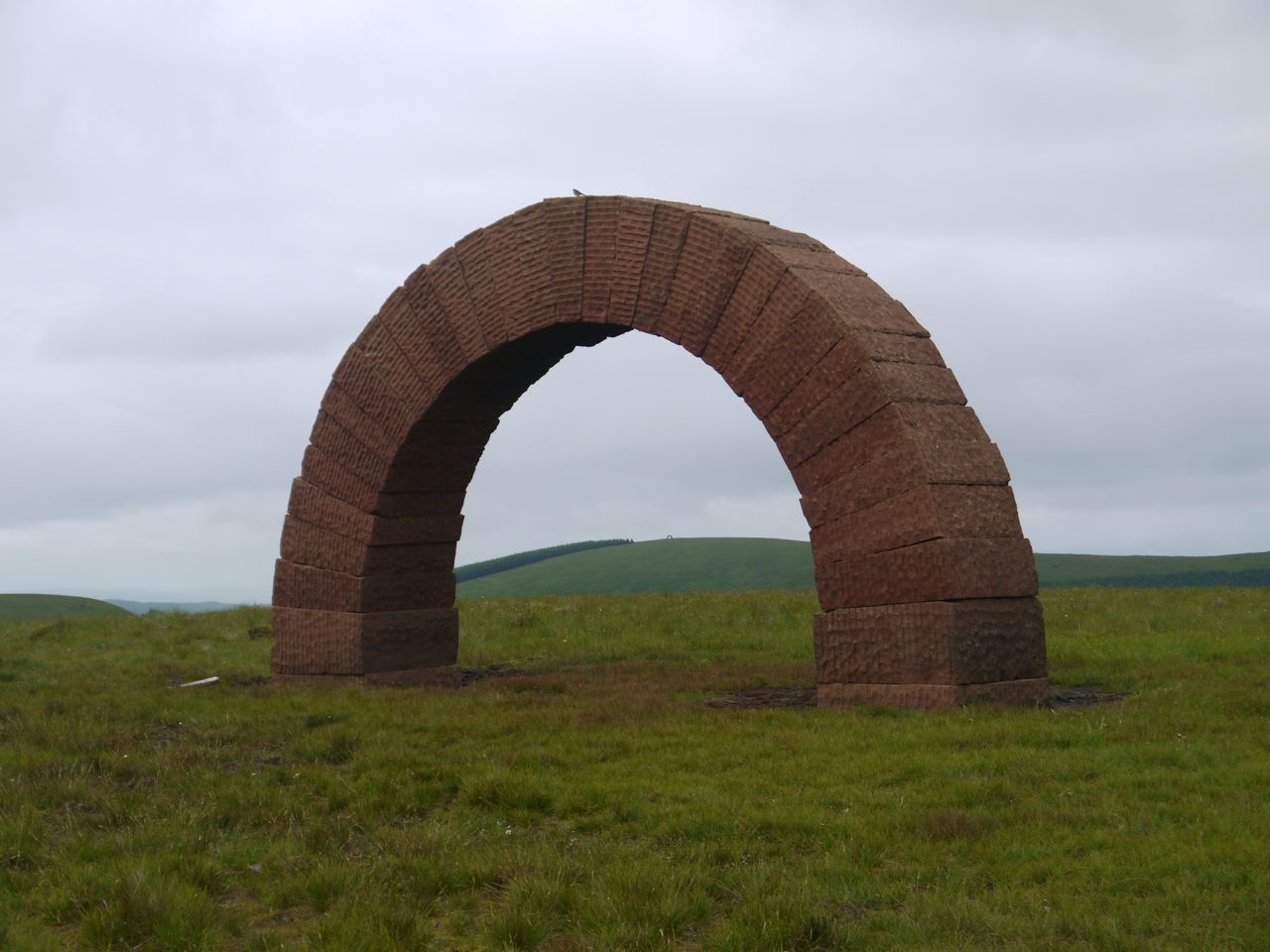 A very quiet country road initially then most of the walk is upland moorland with quite boggy sections on the descent to the Nith. Good views of the Scaur Valley and the Lowthers 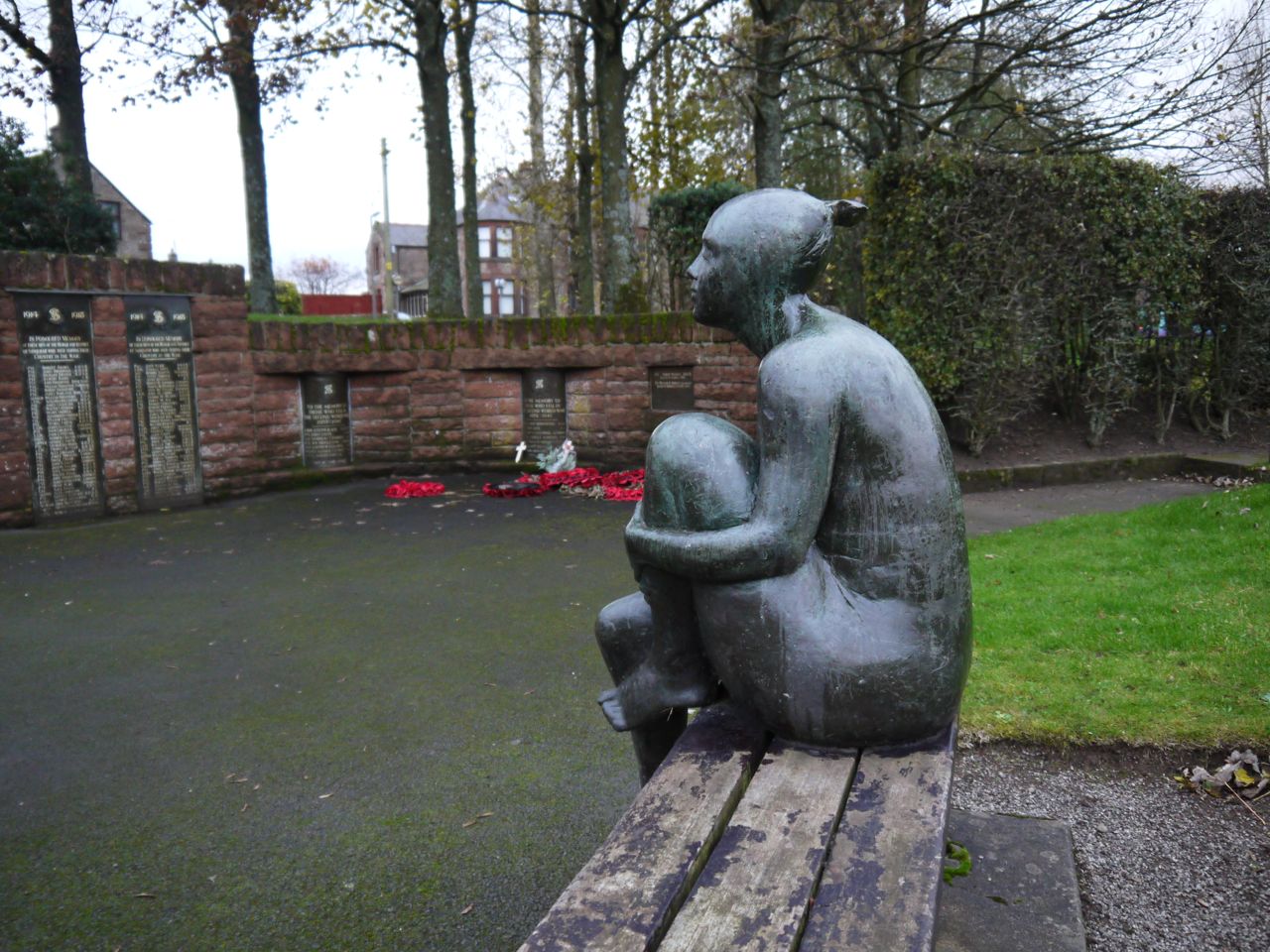 Next: The Middle Marches

Share this...
This entry was posted in Dumfries & Galloway and tagged SUW. Bookmark the permalink.